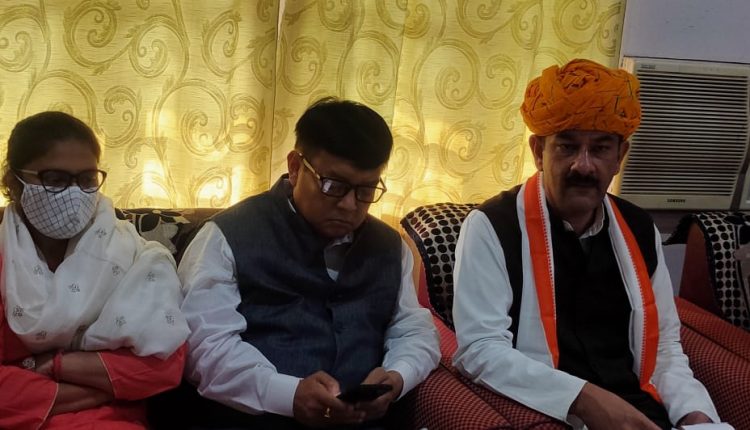 "Congress has not stitched an alliance with AIUDF or any other party in Assam," Jitendra Singh in Silchar

The Assembly election in Assam is due in 2021. BJP is favourite to win the elections and the opposition is well aware of it. Last month All India United Democratic Front supremo Badaruddin Ajmal visited Barak Valley, yesterday, AICC general secretary and in-charge of Assam, Jitendra Singh has reached Silchar.

While Ajmal made it clear that AIUDF will contest the 2021 elections in an alliance with Congress, Jitendra Singh ruled it out, at least for the time being. “Congress has not stitched an alliance with AIUDF or any other regional political parties in Assam,” said Jitendra Singh in Silchar. He added, “We will evaluate the situation after getting a sense of the local sentiments and then decide on an alliance.”

He subtly announced that the door for an alliance is open for all regional parties. “If we decide to contest the election in an alliance, it won’t just be with AIUDF but we will also invite other regional parties for a discussion,” he said.

Congress’ MLA from Lakhipur who was recently got expelled from the party said he distanced himself from Congress after the party started getting closer to AIUDF. Analysts suggested that an alliance with AIUDF will further decrease Congress’ popularity among the Hindu voters. Firstly, not putting Moinul Haque Choudhury’s image in the posters welcoming Jitendra Singh and then denying an alliance with AIUDF, experts feel Congress has taken a cue from the Bihar defeat and now gunning for Hindu voters in Assam. The Congress spokespeople, however, did not divulge much about it.

Jitendra Singh also took a jibe at the chief minister of Assam, Sarbananda Sonowal. He said, “There are several syndicates functioning in Assam and it is clear that the CM gets a share. Otherwise, how is it possible that the government of Assam fails to crack them down.”