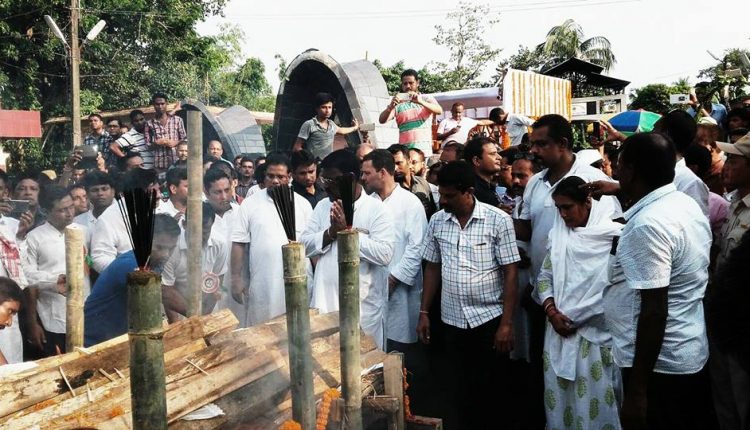 Dev’s four daughters performed the last rites amidst the sound of gun salutes. His wife. Former MLA Bithika was also present as the family bid him the last farewell.

Rahul, in a media statement had described Dev as “a great leader whose death was a loss to the country. I deeply condole his death”.

Dev passed away at a hospital here in Silchar yesterday following kidney and other ailments at the age of 83.