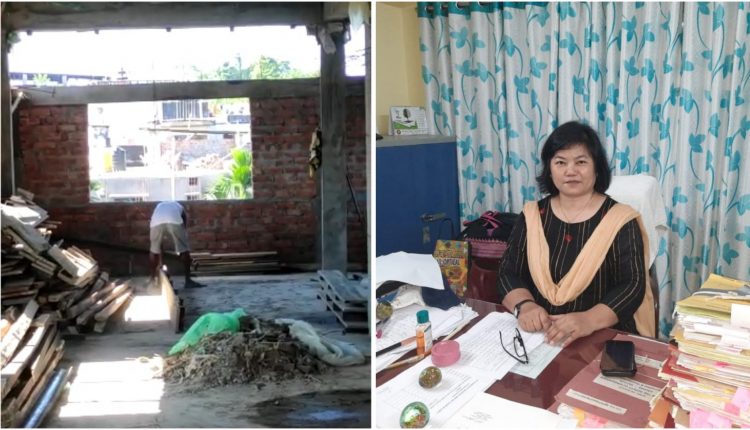 Sashadar Villa, a multi-story building in Silchar’s Nag Naha Lane is a testament to the fact that Silchar Municipality is either a toothless-incompetent body or it has vested interest in certain projects. The building with permission to construct Ground + Two Floors is now a four-storey apartment. This is happening in Nag Naha Lane, known as the business hub of the town.

In August, they saw fresh construction work being executed by Anil Golchha. “Without procuring any NOC from us or even holding a basic courtesy meeting, Manashi Bhattacharjee sold some parts of the property. The new owner then demolished the water tank, staircase and other important parts that we use in our daily lives,” says Manik Lunia who owns the second floor. He adds that at the very beginning of the construction, along with Gopal Krishna Chakraborty they submitted many complaints to SMB, District Administration and so on. “While the Silchar Municipality Board (SMB) sent notice, dishonouring it, construction work continued. We again wrote to the board informing them that despite the notice, work is going on. The board took no action,” says Lunia. 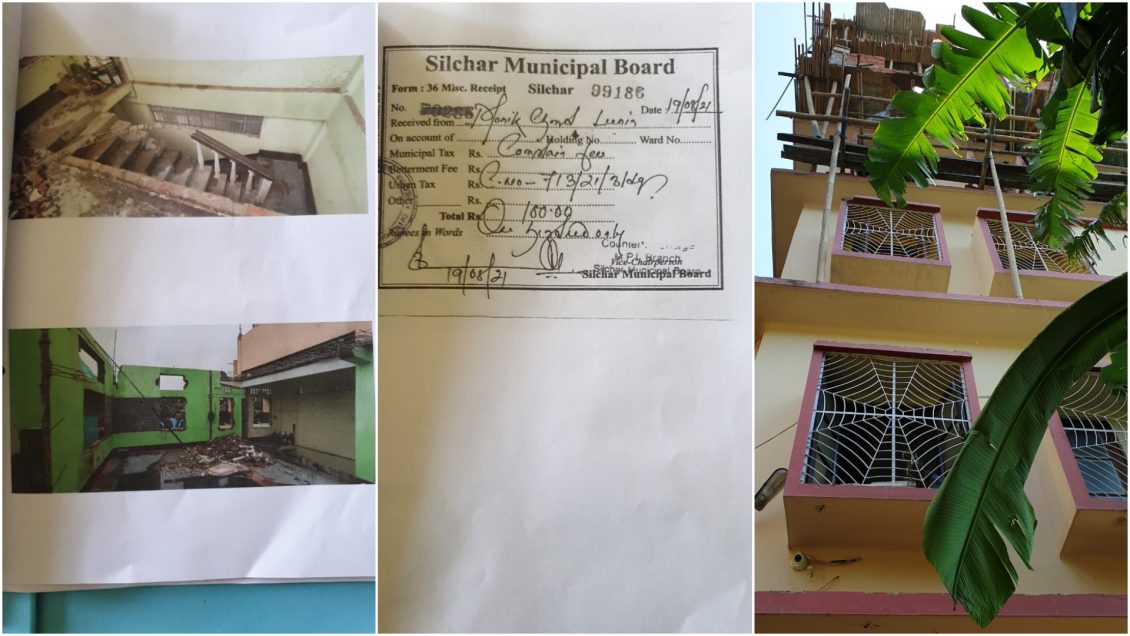 On November 7, 2021, Barak Bulletin published an investigative report (Read Here) on how two floors were being constructed without any permission. In fact, Manashi Bhattacharjee only applied for permission on October 4. By then, the floors were ready and if sources are to be believed, then Anil Golchha, who is, on paper the owner of the ground floor, has already sold one unit of the newly constructed floors.

What comes as a massive astonishment and at the same time, exposes the loopholes in Silchar Municipality, the work still continues. When reached out to Jessica Rose Lalsim Executive Officer of Silchar Municipality Board, she said, “After the development came to my notice, I directed Anil Golchha to stop the work till we receive the legal opinion from our lawyers. Accordingly, I have been informed by the SMB staff that the work has stopped,” said Lalsim.

It is clear that the SMB staff lied to her or she never directed anyone to stop the work as the construction work continues in full flow. “Not even for a day, the work was stopped. We kept informing the SMB that the work is going on but our objection was ignored throughout,” says Manik Lunia.

“Since early August 2021 we suddenly observed that the 3rd Floor RCC tank, RCC filter and staircase were being demolished without any intimation to us. We immediately informed SMB on 19th August 2021. SMB sent notice to Ms Manashi Bhattacharjee on 13th September and asked them to furnish permission/NOC and discontinue work until further notice. However, since then they have continued to work in violation of repeated notices and by now have constructed 2 additional full floors on top of this 30 yrs old dilapidated building. It puts everyone’s life at risk. My father is disturbed and feels helpless,” shares Gaurav Chakraborty son of Gopal Krishna Chakraborty, who owns the first floor of Sashahar Villa.

“The others submitted complaint petition. Immediately we issued a notice with a stop construction order. Notice was not received. Thereafter notice was issued again through the police,” said Lalsim while explaining the action taken so far. 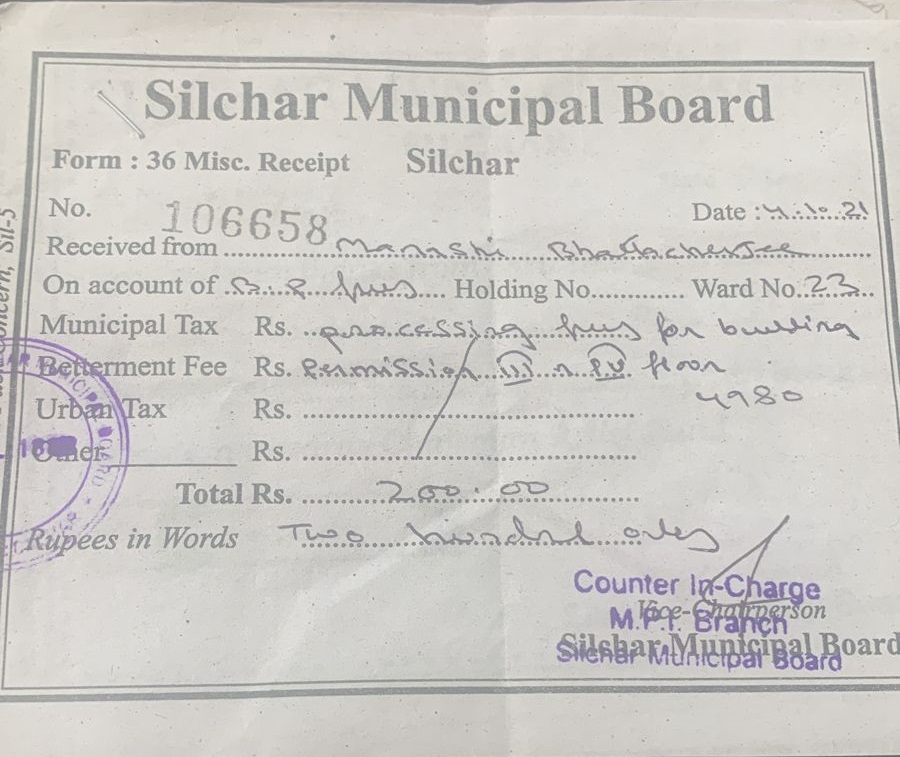 “It is easy for the Silchar Municipality Board and the executive officer to understand that the party constructing the building has refused to accept the notice as it didn’t have the construction permission. The fact that they applied for it only on October 4, while SMB’s notice to furnish the permission documents was issued two months back, is enough to understand that there is vested interest working on this deal. It needs proper investigation as it can be a multicrore scam at the heart of the town and under the nose of Silchar Municipality Board,” said a former commissioner.

JR Lalsim, executive officer of Silchar Municipality Board said that on November 17, the board will approach the lawyers again for their opinion. Sources close to the development informed that in presence of Manik Lunia, JR Lalsim called Anil Golchha, who is the owner of ground floor and asked him to stop the construction. It is clear that he ignored the telephonic conversation he had with the executive officer.

What remains unclear is, when it comes to asking for permission, Silchar Municipality Board issues notice to Manashi Bhattacharjee but when it comes to sending directives to stop work, JR Lalsim calls up Anil Golchha. Who is the real owner of this property and the floors under construction?