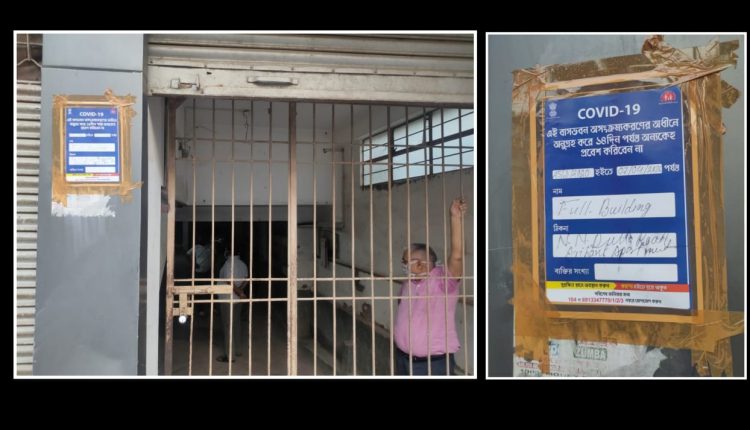 It was brought to the notice of the Health Services that a family had travelled from Guwahati to Aizwal via airways and from Aizwal to Silchar through road. It is being assumed that the family traveled on the same flight as did the individual from Mizoram who tested positive for Covid-19. The officials from the Health Department, however, refused to confirm the same.

The official said, “Because they traveled from Mizoram as a precautionary measure the administration has decided to put the entire building under quarantine. Samples from the family members who travelled from Mizoram will be sent for test and based on the result further steps will be taken.”

Sources say there were three other individuals from Silchar who deboarded from the same flight and the officials are likely to put those residents under quarantine too.

The officials from the Health Department appreciated the cooperation from the residents of Arihant Apartment.

A team of Police officials will be deployed outside the gate of the building which has been put under quarantine and no one will be allowed to walk out or step inside the building, informed the officials from the district administration. “For now all the residents of this society have been asked to remain home-quarantined,” said the official.

The official reiterated that putting a complex under quarantine does not mean that they are sure of a Covid 19 positive case. “It is just a precautionary measure,” said the official.