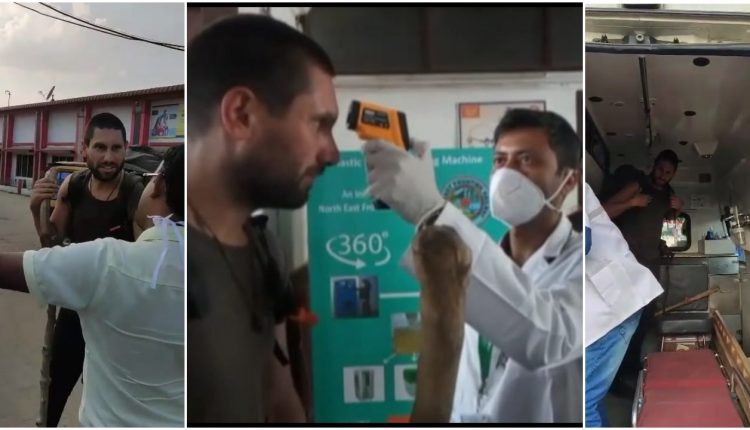 After Guwahati – Silchar Express train reached Silchar Railway Station it was not the ticket collectors who got busy checking if the passengers were travelling with a valid ticket but it was the medical team running here and there. The COVID-19 virus is spreading fast in India and the Assam Government has mandated all district administrations to screen passengers travelling by long-distance train.

As the passengers started deboarding from Guwahati-Silchar train, a tall foreigner attracted a lot of attention. Locals started filming his movements, few even tried to interact with him. The medical officials present in the station asked him to follow the screening procedure and then he was shifted to SM Dev Civil Hospital Silchar.

He has identified himself as Luis Lisandro an Argentinean citizen, and the officials said that he has been quarantined as he has recently travelled from Nepal. Lisandro said, he is out on a world tour and from Silchar, he intends to travel to Myanmar. “He is having no symptoms of COVID-19. As a precautionary measure, he has been quarantined,” informed the media statement issued by the Regional office of the Information and Public Relation – Barak Valley Zone, Assam.

Just a few days back, a Spanish cyclist was denied accommodation by hotels in Silchar and eventually, he stayed in Circuit House. Today, the Argentinean citizen caused quite a panic in the railway station. It is certain that there is a lot of fear among people. However, the Health Minister of Assam, Himanta Biswa Sarma appealed to the residents of the state not to panic as Assam is prepared to fight the Corona pandemic. He advised people to stay safe and follow all the precautionary measures.