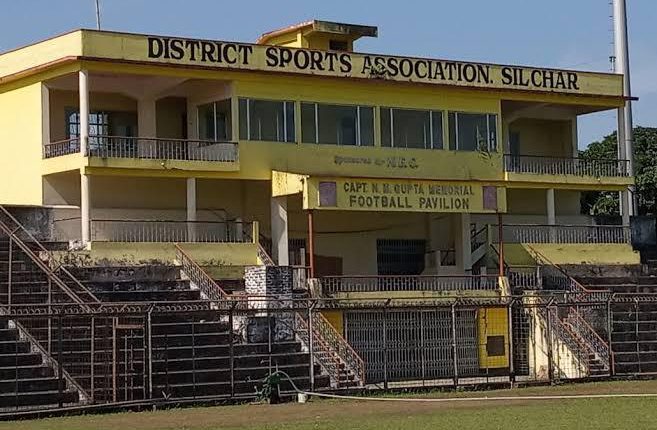 Last year due to the Corona lockdown the entire football season of the District Sports Association (DSA), Silchar got called off abruptly. The DSA could not organize a single football tournament due to Corona’s influence. As a result, the footballers here had to spend a lot of time sitting at home. But this year too the situation is moving in the same direction. On the contrary, this time the Corona situation is worse than last year. In such a situation, the football season of Silchar has gone into a limbo of uncertainty.

According to the DSA’s Football Bye-Law, the inter-club transfer window is scheduled for the first week of April. This time too, the DSA had fixed the time according to the law, which was scheduled for April 8-10. But at the request of the clubs, the DSA was forced to postpone it. The local clubs argued that the footballers would have to pay an advance in case of the originally scheduled transfer. Then if the whole season gets cancelled due to the Corona, the clubs will suffer huge financial losses. Responding to the clubs’ request, the DSA has postponed the transfer window date. In fact, the DSA has decided in a meeting with the local club officials that the date of the transfer window will be fixed keeping in view the Corona situation. If the situation is normal, the clubs will be notified a week in advance of the transfer date.

However, the question here is, when will the situation be normal? Because at the moment the situation in the whole country is deteriorating. Lockdown or curfew is going on in most of the cities of the country at the moment. Shops and malls in Silchar stay closed from 6 pm to 6 am. Keeping up with the pace at which the whole country is getting infected, Silchar too is seeing a steep rise in positive cases. Amid such a situation, the Silchar DSA has decided to close all their academies. Starting from April 26, the DSA has decided to stop training and academies of TT, Badminton and Cricket as well. And these will remain closed until the situation improves.

On one hand, when the state, including Cachar, is heading for a lockdown, there is no hope for the football season. Although the DSA has started the season with women’s football, the future of all other tournaments looks bleak now. If the football season gets ruined again like last year, then the biggest loss will be incurred by junior footballers. As they get older, they will not be able to play in their respective categories next season. And neither the Silchar DSA nor the Assam Football Association can do anything about it.

But the issue is not limited to footballers only. During the Corona pandemic, it is very difficult to get sponsorship in a city like Silchar, even more so in sports. So it will be very difficult to form a football team in a hurry when the whole world is suffering from a financial crisis. Especially in a tournament like the Super Division, with the football season in mind, local clubs have verbally signed contracts with the players. But now it has become completely irrelevant. If the situation had been normal, maybe one of the tournaments would have started in the last week of this month. But it is not happening now. Even if the situation does get not normal by June, the footballers will not be able to change the inter-district teams. All in all, the second wave of Corona has once again plunged the football season in Silchar into a state of extreme uncertainty.