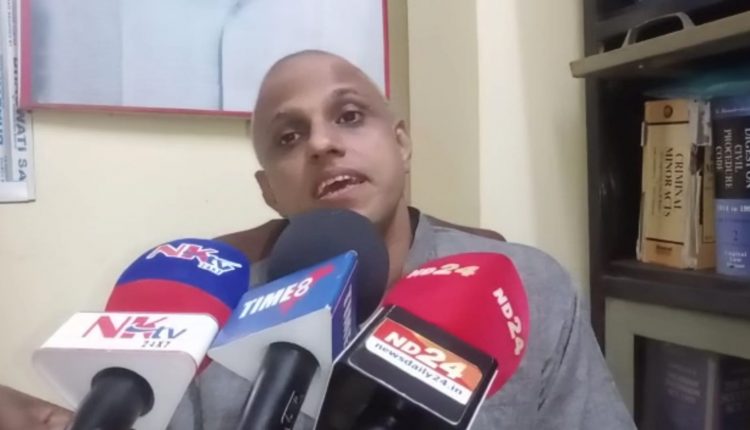 There are two cases against Pradip Dutta Roy who was sent to custody at the stroke of midnight on November 27. Today, the court of chief judicial magistrate rejected the bail plea. “There are two cases lodged against him and the chief judicial magistrate rejected my plea with a direction to the jail authority to take proper care of Pradip Dutta Roy,” informed his lawyer in this case, advocate Soumen Choudhury.

“We have a criminal justice system in India and I have full trust in that. The individual who is ruling the government at this stage is trying to use various arms of the government but law will take its course today or tomorrow. We are hopeful that in the next few days, we will be able to secure a bail for Pradip Dutta Roy and get him out of jail,” Choudhury asserted.

Advocate Choudhury added, “If needed, we will go to the Supreme Court of India. The way Human Rights of an individual is being violated, we will knock the door of Supreme Court with an appeal if we fail to secure bail here.”

“Bail is a matter of right and the rejection of a bail plea is a matter of exception. He is unwell and they do not have any serious allegation against him that links to criminal activity. So, we are hopeful that we will secure bail from the courts here in this region,” he shared his optimism.

Soumen Choudhury is of the view that, “Both the cases lodged against him are practically baseless. In the first case, someone from Guwahati traveled all the way to Silchar Sadar Police Station and lodged a complaint stating Pradip Dutta Roy is involved in anti-national activities (Jihad as written in the FIR). To be honest, I have not encountered any such cases before wherewith vendetta cases are lodged against an individual and the entire machinery is being utilised to ensure that this man remains in jail. The orders are being passed from the top most chair in the state. So, the district administration and the Police administration are just puppets and I have sympathy for them.”

Barak Bulletin broke the news today that, Ananda Medhi, IC of Tarapur Town Outpost has lodged an FIR against Pradip Dutta Roy stating that he has assaulted journalists inside the SP Office premises and therefore, obstructed the Dy. SP of Police from performing his duties. A case has already been registered against him in this regard.

Reacting to this case, advocate Soumen Choudhury said, “I don’t think this has ever happened in the history of India where the Police lodged an FIR against someone for assaulting the media. When the Police could not convince the journalists to lodge an FIR, they themselves did so. This is nothing but fabricating a case against Pradip Dutta Roy by using various ways and means.”