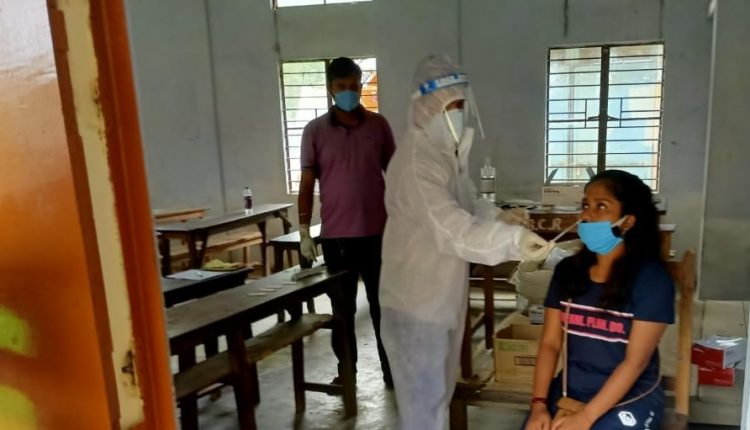 Six individuals admitted to the COVID wards of Silchar Medical College and Hospital have been declared dead in the last 24 hours. Dr. Bhaskar Gupta, vice-principal of SMCH informed that in the last 24 hours ending at 5:00 pm on June 7, 45 patients got discharged while 34 took admissions. What comes as an alarming sign is that 99 patients are in the ICU which means there is only one vacant ICU bed left at SMCH. There is a 40-bed ICU unit under construction, but it will take some time to be operational.

30 patients are on ventilator while 134 are on Oxygen support. Currently, there are 231 patients admitted to the Hospital. 65-year-old Satish Biswas from Cachar District was admitted at Silchar Medical College Hospital on June 1 and he breathed his last at 10:15 p.m. on June 6.

The updated number for Cachar stands at 380, the highest in the last seven days. 143 samples tested positive on RT-PCR while 237 RAT. Currently, there are 3,200 active cases in the district.

In Karimganj too, the number of cases saw a spike as 93 individuals tested positive taking the number of total active cases to 1,136.