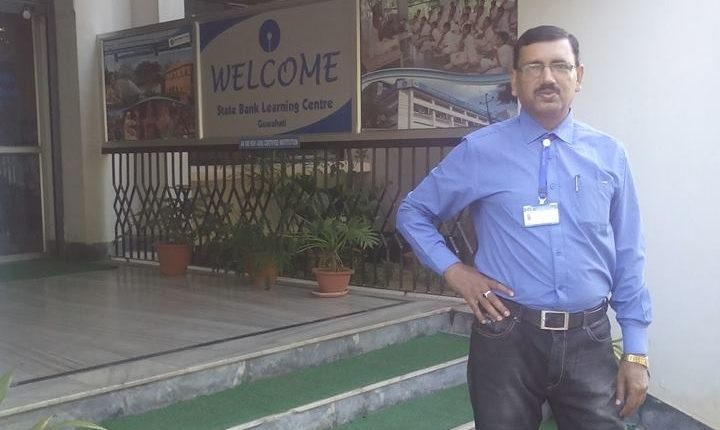 Peeped through a hole to get a glimpse of open sky: COVID survivour shares isolation experience

Life is uncertain. What tomorrow has in store for us is difficult to predict today. I believe in living what is globally accepted as a healthy lifestyle. I walk in the morning, do yoga for about 30 minutes. Since the outbreak of the pandemic, I have been maintaining all the social distancing protocols and respiratory etiquettes.

The first COVID patient in Assam got detected on March 31. After duly following all the norms in the past few months, I somehow started believing that Coronavirus cannot infect me. August 17, I was proven wrong. After a few episodes of breathlessness and mild fever, I bought myself an oximeter. The saturation level was normal, but neither was my body nor my mind.

After spending a day in uncertainty, on August 18, I left my home in Tarapur to get myself tested at a private nursing home in Meherpur. On my way out, I prepared myself for a long stay away from abode, from family. A small handbag filled with some dry fruits and toiletries was my partner. I got myself tested and within moments I was told the most dreadful word this year- “Positive.”

Even though I was prepared mentally, the word did bring me a shockwave albeit for a few minutes. I told them, I would like to get admitted to the private facility itself. An obvious question, why not a government facility, especially Silchar Medical College and Hospital since I was symptomatic. To be honest, I was scared after all that we have read and heard. What if I need to be shifted to the Intensive Care Unit and there are no beds available. What if the doctors don’t come and check me on time. What if I am left alone and unattended when the drip needs to be changed or the antibiotic needs to be administered. In moments like these, the mind imagines the negative, even if you make conscious efforts to stay in a positive frame.

I got admitted and then informed the same on social media. The first few moments were unusual and worrisome. My colleagues in State Bank of India’s Sonai Road branch often thought I am a little too obsessed with the protocols. Whenever possible, I did not allow anyone to cross the two-meter ‘Lakshman Rekha.’ I was finding it difficult to identify the source of my infection. A couple of days later the branch manager also tested positive. Now, if he got contaminated via me is something I am not sure of. Because, two of my other colleagues, who worked closely with me tested negative.

In the ocean of worries, there were islands of encouragement too. On the first day itself, there was a myth-buster. The moment you test positive, your mind, shaped by the conversation so far is prepared for isolation not only in physical terms but also mentally. You will be living all alone and society will distance you in every possible manner. While I was thinking all of that, my phone kept ringing and I was receiving calls one after another. If I recollect correctly, on the first day itself, I got more than 200 calls. Not in my vivid imagination did I ever think that so many people actually care about me. They were all praying for my early recovery and I am indebted to all of them.

A couple of days later, as I was walking towards the toilet, I saw a dead body packed in black polythene lying alone on a stretcher. There was a white sticker pasted on it. Death is thy’s servant and can be at anyone’s door at any moment. But what kind of death is this? The person who is gone must be having a lot of near and dear ones. They won’t even get to see the face for one last time. It will be so difficult for the family to accept this death. I was standing still in front of the dead body and two healthcare workers rushed to me. They realised that I am imagining wild and immediately they tried to comfort me. I went back to my bed and slipped inside the blanket.

Here comes the benefit of technology. To move away from the negative thoughts I called up my friends and family and it helped. Coming back to the treatment, it is more or less the same everywhere. Vitamins, Zinc, and antibiotics. I was administered Fabiflu, an expensive antiviral but in my opinion, wasn’t that effective. Remdesevir, on the other hand, showed better effects on patients near me in the same ward. There were patients with oxygen saturation levels in the 80s and yet they gladly recovered sound and fine.

One patient, a resident of Kabiuganj in his 80s caught my eye. He was short and needed support to get down from the bed which meant he needed help every two hours. He was diabetic and coughing all the while. Even if he screamed on top of his voice, there were times, nobody attended him. I once asked a nurse, why do you not respond to this struggling old man, and she replied, I can barely hear you from a two-metre distance. It is extremely difficult to hear any sound while in PPE. This is another thing I got to know about the protective gear.

Talking about PPE, the funny part is that you won’t even realise the difference between nurse and ward boy, doctor and sweeper. Once I called someone a “sister” seeking help and the response was, “I am a brother.” Working with those gears on for hours and hours is a challenging task. The private hospital I was in had many of their doctors and staff who had already recovered from COVID. So, the fear was less and they were attending calls.

Another thing I would like to mention here, I have decided that I will donate plasma if I am allowed to. The need for plasma has increased manifold and I think everyone who can donate. I will.

Yesterday, when I was tested for the third time, it was negative. I got discharged. Walked out in the open, something I was craving all throughout my stay. I remember, once I had tried to peep through the hole for exhaust fan in the toilet just to have a glimpse of the sky. But I failed in my attempt. On my way back home, I enjoyed the breeze, the drops of rain, I could feel the nature again. You realise, your stay in the isolation ward has come to an end. You are free again.

The author of this article is a banker and the views expressed is his personal.

The original piece is in Bengali, the English version has been translated based on our own interpretation.