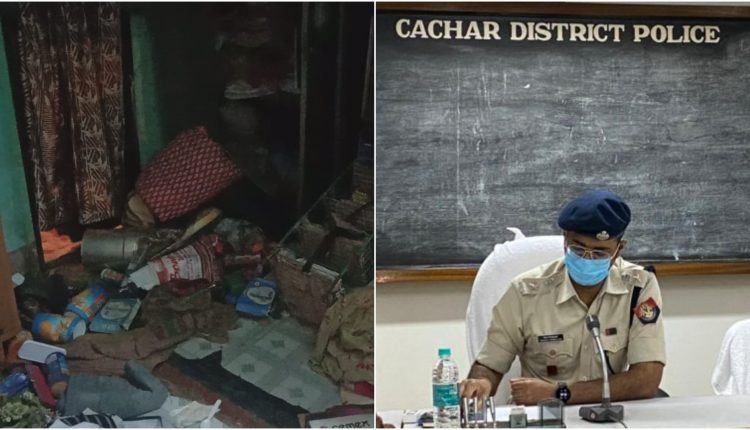 Dacoits in Udharbond; Police detains 7; "Action will be taken based on evidence," SP

Twice in 2021, the dacoits ran ruckus in Udharbond of Cachar district. Burglars don’t fear law and order as they hold arms and enter into houses, assault residents and then loot all that is valuable. First in Pangram and then a couple of nights back in Dayapur Part II. The police failed to make any arrests with regards to the Pangram Burglary that took place in January 2021.

Things have changed recently, Cachar Police has a new SP, DSP, and Additional SP. The formation promised prompt action and is now under test. It has been 48 hours and if sources are to be believed then the Police has managed to secure a breakthrough.

Speaking with Barak Bulletin, SP Cachar, Vaibhav Chandrakant Nimbalkar said, “We have a few suspects whom we are questioning.” When asked if they were just detained or arrested, the SP responded, “We are interrogating them for now, and we will examine the situation further. Action will be taken based on evidence.”

On June 9, 2021, around 20 armed men entered the residence of businessman Abdul Manik Laskar in Udharbond’s Dayapur Part II area. According to the family members, cash around Rs 7 lakh and jewelry worth Rs 10 lakhs approximately were looted from their house. Abdul Manik Laskar, owner of Udharbond Public Store, along with his son, brother and sister-in-law were assaulted by the dacoits.

in January 2021, PWD contractor and former GP president, Anamul Haque Laskar’s residence in Pangram, Udharbond was looted in a similar case of burglary. Around 25 armed men had looted his house and assaulted the family members. Cachar Police had failed to arrest anyone related to that incident. It is possible that the suspects detained are associated with both the criminal activities.