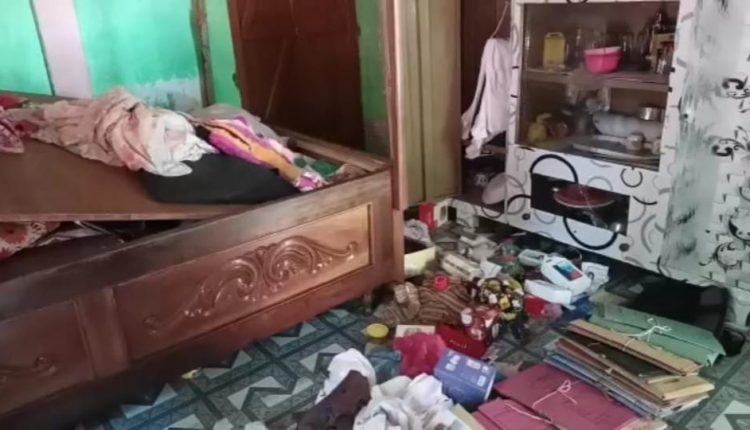 Another instance of armed robbery unfolds in Cachar district’s Katigorah area. Located at a stone throw distance away from the Police Outpost, renowned businessman Biplab Kumar Malakar and his brother Binay Kumar Malakar’s respective residences were looted by the armed burglars.

The Malakar brothers said at around 2:00 am, a team of around 25 armed men entered their house after breaking the door. The miscreants tied Binay Malakar son of Birendra Malakar by a rope and then snatched “four rings and one gold chain” from his body. According to him, the miscreants assaulted his wife and mother too and snatched their jewellery.

From the two houses, according to them, a total of Rs 7 lakh cash and jewellery worth several lakhs have been looted.

The Officer in charge of Katigorah Police Outpost, Manuj Narzary said that the Police is investigating the matter. Speaking with Barak Bulletin, the in-charge said that they are yet to arrest anyone in connection with the armed loot at Kalyanpur Part III in Katigorah. He confirmed that a truck in connection to the loot has been seized by the Police and through that, they are trying to reach the root of the nexus.