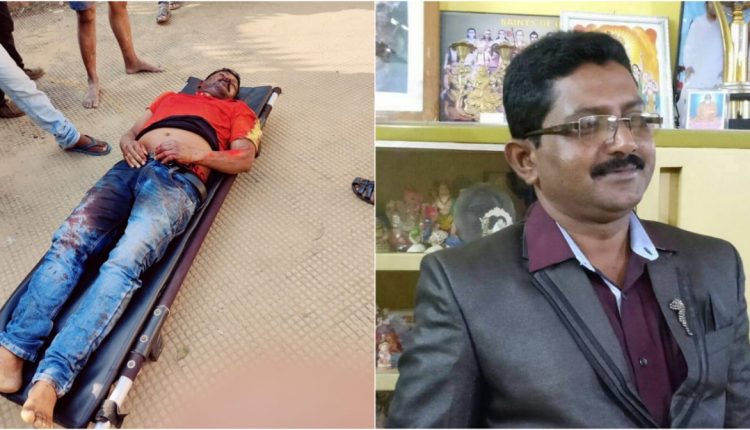 According to Police officials, Prantosh Mitra was riding out from his lane in Das Colony and suddenly collided with a rickshaw. “After the collision, Prantosh Mitra lost his control and fell down from his motorcycle,” informed the investigating officer.

He added, “Unfortunately, after he fell down from his bike, a Tipper truck coming from the other side ran over him leaving him spot dead.”

The incident inside a residential colony has has left the residents in shock. One of the locals questioned, “Why was a tipper plying through this road at 12:00 noon. What happened to the no entry norms.”

The eyewitnesses were of the view that the tipper driver tried his best to save the man. “There was very little that he could do. By the time the driver could even react, he was already under the wheels,” said an eyewitness.

Prantosh Mitra is a businessman and had a son studying in higher secondary and two daughters still in school.