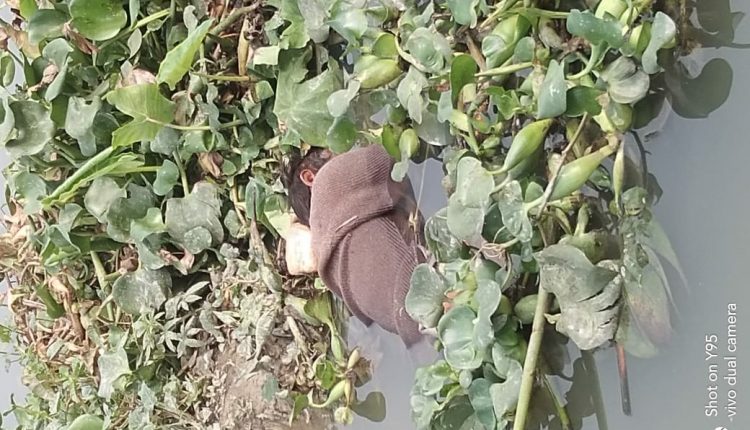 Dead body of a man has been recovered from a waterbody in Malini Beel area. Durga Baishnab, a 32-year-old man was missing since yesterday. He owns a hand-cart (Thela) and had left his home in the morning as usual but did not return.

Today morning, at around 11:00 am, his dead body was found in a local waterbody. Locals of the Malini Beel area spotted the body first and then informed the Police officials.

Officers from the Tarapur Police outpost rushed to the spot and recovered the body. It was identified as Durga Baishnab’s dead body by his wife. The family members of Durga Baishnab alleged foul play and demanded inquiry of the matter.

“We feel he was kept hostage and later murdered by miscreants. We demand a detailed inquiry of the matter and the culprits must be brought to justice. My husband, who did not have any illness was murdered, there is no other alternative,” said Durga Baishnab’s wife.

In-charge of Tarapur Police Outpost Ananda Mehdi said that it is too early for the police to draw conclusions. “The body has been sent for postmortem and once we get the report we will be able to make a comment,” he said.

The officer added that the Police is investigating all possible angles.

Death of the 32-year-old and the way the body was abandoned in the swamp, has shocked the locals.