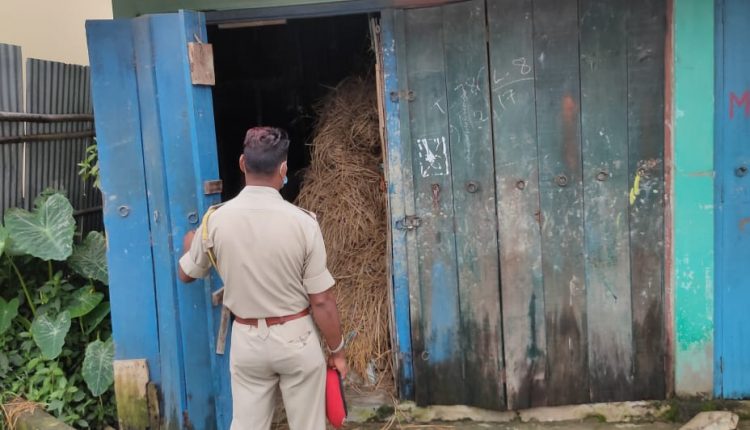 Since the Coronavirus led lockdown became a part of our lives, many businesses suffered huge losses and also running out of work. One such line of work is sculpting and idol making.

On Wednesday morning, in the Das Colony area of Silchar, the dead body of a sculptor hanging was found in his residence. The family members found his hanging body in the house where he used to make idols. This has caused a ruckus in the area.

Police Superintendent Vaibhav Chandrakant Nimbalkar himself visited the area after the discovery. However, the hanging body was not brought down even after a few hours. Family members are still not sure as to what could have been the reason for his decision. However, the locals suggested that their financial situation was not good so there was a lot of unrest in the house.

Kajal Das, ages 42, had been sculpting for a long time in his house in Das Colony. He lived in his house with his wife along with his two sons Kunal Das and Karan Das. Next to him, lives his older brother and his family. Since the lockdown began last year, the idol-making business has been struggling a lot. Many sculptors could not make idols and sell them. When a new SOP was suddenly issued at Durga Puja last year saying that a statue larger than five feet is not allowed to be made, Kajal Das and his sons made a small and beautiful idol together, but it could not be sold either. Later this trend continued and it was heard that the financial situation of the family became quite difficult.

The elder brother of Kajal Das said that on Tuesday night, they had a brief walk together where they talked about a lot of things. Little did he imagine that he’d take away his life the very next morning. However, some have begun to doubt the circumstances under which the body was found. The wooden piece on which the body was hanging was not at high enough elevation, and the body was almost touching the ground. The body was hanging by a cloth and a bucket was found right beneath his body. Nothing clear has been stated on behalf of the police but they’re taking statements of every family member as of now.