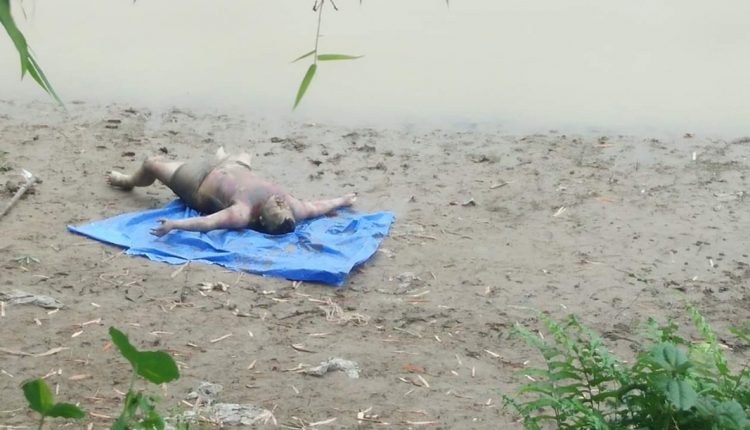 By barakbulletin On October 10, 2019 - 5:27 pm
Share
In a tragic turn of affairs, an unidentified body was spotted floating in Barak River near Sadarghat Silchar earlier today morning.
As per Police sources, the locals saw the body floating in the river and immediately informed Police and NDRF officials. However, by the time the Police reached the spot, the body had already traveled quite a distance and was no longer visible.

A little later, near Mazumder Bazar the body got stuck at the bank of the river. Locals there informed the Police officials who then reached the spot and recovered it. Police have sent the body to Silchar Medical College and Hospital. The official in-charge refused to speculate if it is a suicide or murder. “It is a male dead body and only that is clear at this stage, the rest we will only get to know once the post mortem report is out,” said the official.
The dead body was bloated which indicates the man must have died a while back.