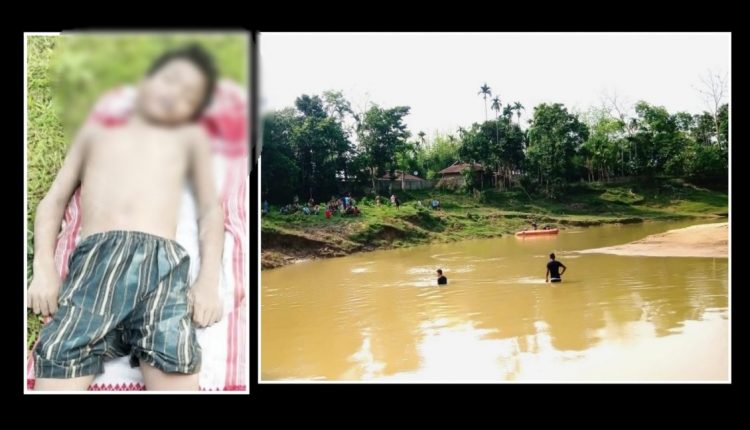 The dead body of a twelve-year-old child Ashim Kumar Singh, who had gone missing while swimming in the river Barak at Dolu in Cachar district on Tuesday, was recovered from the river at Purandarpur on Wednesday.

Ashim had gone to bath in the river near his home on Tuesday morning with his two sisters, who saw him drowning. Locals, who got alerted after hearing the screams of the girls, jumped into the river to rescue Ashim. The matter was thereafter informed to the police following which a search operation was also carried out, however Ashim could not be found out.

Sources said the dead body of Ashim was spotted floating in the river by residents at Purandarpur, around 28km from Silchar, around 7am this morning. The matter was immediately informed to Ashim’s family and the police.

A team of officials from Borkhola police station reached the spot after which the body was recovered from the river and sent to Silchar Medical College and Hospital for autopsy.

Ashim, who was a student of Kalinagar lower primary school, was the son of Jitendra Singh, a resident of Manipuri Basti, Dolu and a daily wage-earner by profession.