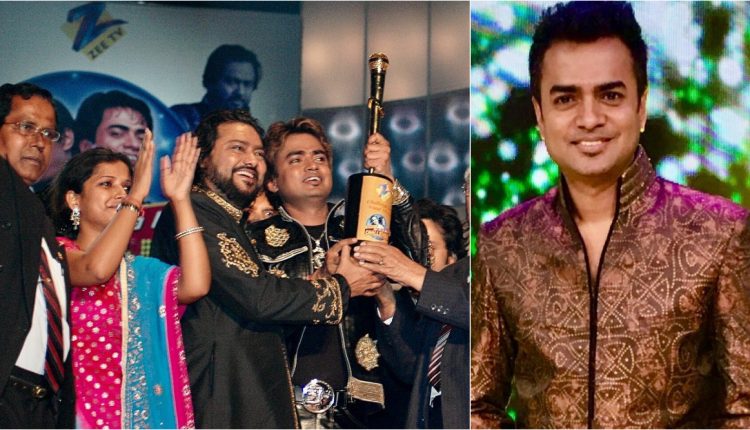 Debojit Saha on his Sa Re Ga Ma Pa win in 2005: Take immense pride that I could inspire so many young talents

For the people of Barak Valley, February 24, 2006, is a red-letter day when it comes to pop culture phenomenons like TV reality show. But the impact of it went far beyond the horizon of just music and entertainment, even touching the periphery of politics. A then 31-year-old Debojit Saha from Silchar became an overnight sensation by winning the coveted ‘Voice of India’ title of Sa Re Ga Ma Pa Challenge 2005 musical competition. He won the competition by votes of which lion’s share came from North-east India, a feat still revered even after one and a half-decade. What followed was global fame, album records, the national and international tour of shows, anchoring musical reality shows, and a couple of Bollywood playback opportunities as well.

But looking back through the barrel of 1.5-decade long casket, even though there have been several musical talents sprouting out from here and there of Assam and North-east, not many made it like Debojit in the national level. Not at least from the perspective of Barak Valley. But the former civil engineer turned professional musician/singer thinks that talent & skill set need not or does not always associate with a win or the ‘1st place’. “The one who wins any such competition is of course is talented and highly skilled. But does that mean the one who came second just falling short isn’t? Or does that mean all the other contestants who were in the top 10 are not talented? Of course not. They’re as gifted and trained as I am, if not more, and most of them I know are doing quite well right now in their respective fields” says Debojit Saha while talking to Barak Bulletin on the occasion of the 15th anniversary of his life-changing title-winning night.

Talking about his journey to that grand TV reality competition, Saha said that nothing would’ve been possible without the unflinching support of his people, especially from northeast India. Though sacrifices had to be made, resigning from his PWD engineer job being one of many. “Before coming to Mumbai with my wife for my singing career, I had to go through some tough phases. I had resigned from my job, went through my mother’s death. So, in my mind, I had to succeed. Probably, that ‘desperation’ just worked for me. But it might not work for somebody else who is also as talented as me. A lot of things work together including the talent and skill set that goes into making a champion, luck is also one of them. But those who were there that night, across and beyond the country, still remember it. That’s why they still wish me on this very day.”

His title-winning campaign was wholeheartedly supported by his admirers as well as many fan clubs and students’ organisations. “It was such a time that many students’ union organisations took the effort to strengthen their support for me. Samujjal Bhattacharjee of the All-Assam Students’ Union (AASU) took the lead and so many such organisations throughout the state gave their support to me. I still thank every one of them who contributed to different capacities to make me win that title. It is not just my win; it is theirs as well” said Saha with his humbling tone.

Debojit Saha’s professional music career since then saw him releasing albums, singles, a few playback songs for Bollywood movies like ‘Tees Maar Khan’, and a slew of shows spanning India and abroad. Recently, in late 2019 he released a music video for his single ‘Shukriyan’ starring himself, which he also wrote. “I enjoy performing and entertaining people in the masses. Hence, I don’t just stick to the studio to compose and write rather I enjoying performing in different places around the world to a vast number of people. Currently, I’m in the process of composing something for a potential upcoming film.”

Talking about the upcoming generation, he said, “I take immense pride in the fact that I could inspire so many talents who came after me from where I came, that they too can make it big at the national level. Especially, for Barak Valley, I’ve already acquired some land near Srikona to open a music academy for future aspirants in music. It is awaiting a few legal complexities right now, but once it gets completed, I’ll assign top-level faculty to train the young generation to thrive at the national level. But the target shouldn’t just be me, it should be way beyond me and reaching to whatever level one could take.” He said that he has also provided help and financial aid to many people in the past through an NGO of his.

He then went on to say “Yes, Barak Valley might not have produced another champion or winner since my time, but Saptaparna (Chakraborty Vishnu) is doing so well in Chennai. Rathijit is doing some amazing arrangements and is only getting better. That doesn’t mean they or people like them are not capable of winning or lack anything. It’s just that something didn’t click at a particular time at a particular place for them like it did for me. I had the most fortunate blessing of getting the entire North-east to support me whole-heartedly. First time in the history of entire North-east India, that everyone forgot about ethnicity or religion or race and lend everything to me. I want such a spectacle to happen again, this time through someone else from the region. It is just a matter of time.”

Throughout the interaction, he kept emphasizing that one cannot judge talent and skill through wins only. “There can only be one winner. But the ones rivaling him are equally skilled and worthy as the winner, and most of them are doing evidently well. For me, all I could say that I was just fortunate enough at that time to get through to the last hurdle and bring home the title to my people which is equally theirs as well. I just hope with my upcoming music academy, I would be able to help and groom the upcoming youth to finetune their skillsets so that they could succeed at the national level and make Barak as well as the entire North-east proud.”