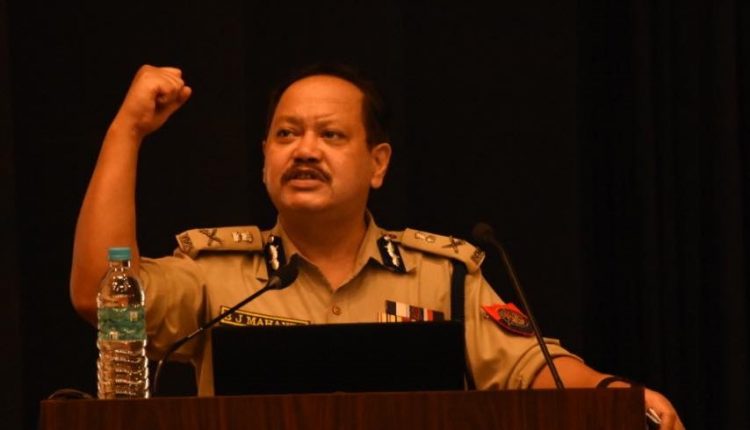 DGP congratulates Assam Police, says "My salute to each and every one of you," after successful completion of Elections

The general elections to Assembly were announced in difficult times. The Election Commission of India was under criticism for conducting the elections amidst the second wave of Coronavirus-induced pandemic that has hit the country like a Tsunami leaving thousands dead and lakhs infected.

The counting got over and the results were declared. BJP will form the government for the second consecutive time. The DGP of Assam, Bhaskar Jyoti Mahanta has congratulated the people of the state who braved the pandemic and took part in the festival of democracy. “Congratulations to us, as the people of Assam! We have all shown sensitivity and maturity by strictly adhering to ECI guidelines and Covid Protocols, and helped the ECI to conclude the Elections with no untoward incident in the entire process,” the DGP stated.

He added, “Secondly, congratulations to all the Political Parties! Because despite fighting a hard electoral battle, you held your end of the bargain to keep the election free, fair, and without any major law and order situation and above all followed every ECI guidelines.”

It is worth mentioning here that though the state has not witnessed any major law and order situation, in Cachar district’s Sonai constituency, fire was opened leaving found wounded. At Dhonehori polling station, BJP candidate, Aminul Haque Laskar was kept hostage for more than two hours by irked and agitated locals. However, ADGP SN Singh along with SP Cachar Bhanwar Lal Meena rescued him unharmed. The ECI had called for a fresh poll which was conducted on April 20.

After congratulating the people of the state and the politicians, the DGP spoke about the department and the role they played collectively. “Last but not least, congratulations to all the personnel of Assam Police and Homeguards! If these elections were a test, you guys came out with flying colours!” he said.

“You guys handled everything that was thrown your way… epidemic, charged-up atmosphere, tough guidelines, militancy, illegal guns…The list was long. But nothing could stop you. You delivered what was expected of you… BRILLIANTLY. My salute to each and every one of YOU!” he concluded.