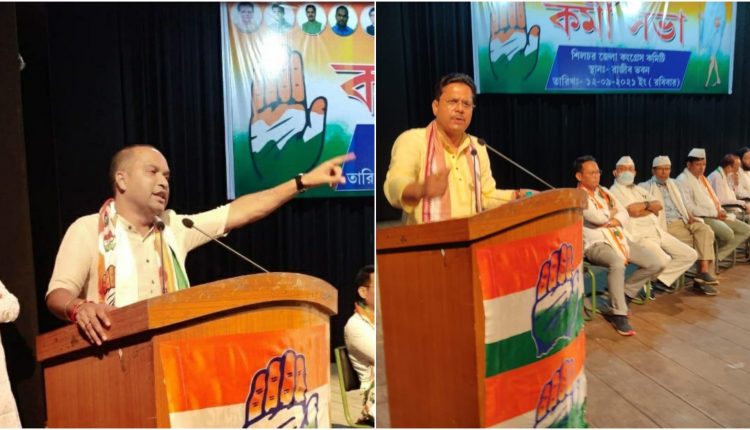 Finally, Cachar District Congress manages to put together a meeting without any hiccups. The workers meet held in Rajiv Bhawan Silchar, was packed with the party’s cadres. The presence of 500 plus party-workers signifies that Congress still have its loyalists in Silchar and what lacks is a leader who can unite and rejuvenate.

While the emphasis was on inducing energy in dejected party workers, the Congress leaders had Sushmita Dev on the back of their minds. Dev recently left Congress to join the Trinamool Congress and is now one of the faces of party’s ‘Deb (Biplab Deb) vs Devi’ campaign. Without taking her name, Borah as well as Purkayastha attempted to garner the trust of the party workers – that her departure won’t damage the party in Cachar.

“Silchar district Congress is one the strongest units of the party in Assam and the attendance today reiterates that,” said Purkayastha after he started his speech by paying a tribute to the martyrs of language movement. He reminded the gathering about the contribution of Sontosh Mohan Dev, Moinul Haque Choudhury and other leaders of yester-years. Congress in Silchar is going through its worst as it is in the rest of the country. But Purkayastha urged the present workers to recall the struggle to independence. “We will find that Congress leaders played a vital role in the fight against British and securing freedom for the country,” shared the North Karimganj MLA who is growing popularity in Cachar since Sushmita Dev left.

He was quick to take a jibe at Sushmita Dev without taking her name. “We were told Didi is a fighter. But didi is not a fighter instead she is a ‘kapurush’ (coward). Just a few months without power and she has run away to a different party ignoring all that Congress did for her and her family. She can’t even hold a proper meeting in Silchar and she talks about establishing Trinamool Congress from the grassroots. She has now moved to Tripura to find some grounds because there is nothing for her in Silchar,” said Purkayastha.

“Packed hall is a sign of rejuvenation,” said Bhupen Borah. He is of the view that the party was getting used. “People with vested interest used the party for their benefits. Corruption within the party had shot up and that is why we lost the trust of people. Today, the leaders who made Congress a formidable force in this region are on the stage. Time has come to unite and take on the mighty BJP,” said Borah. 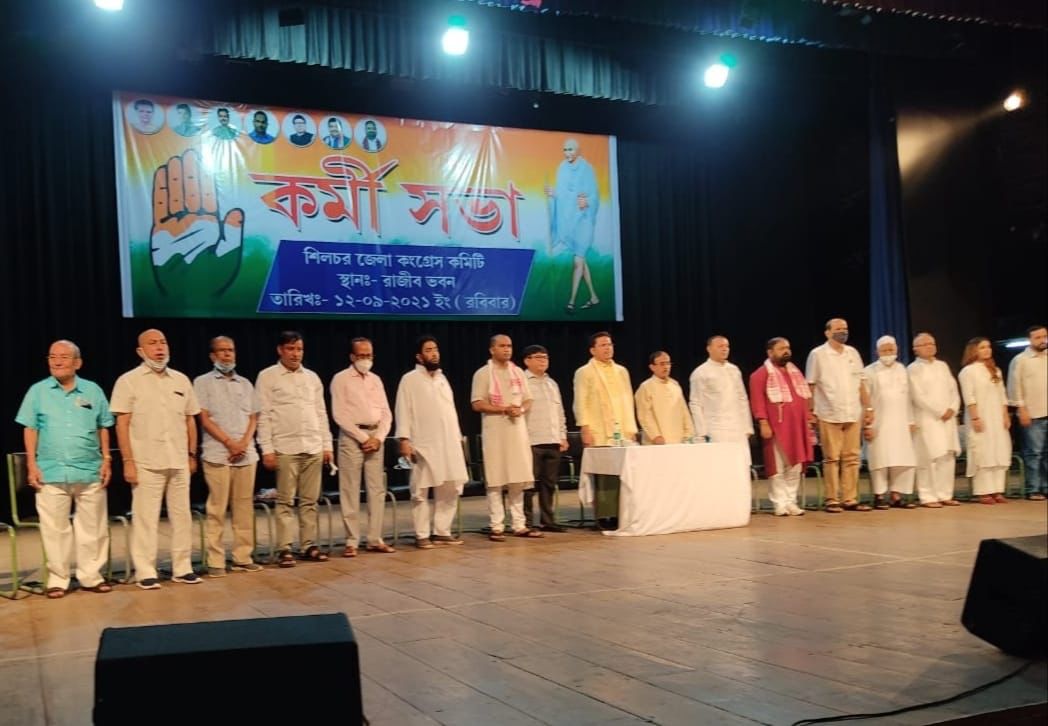 Borah was upbeat about the party’s preparation in the upcoming by-election. Before the general elections to Assembly, the party had stitched an alliance with All India United Democratic Front. The party conceded key seats like Sonai to AIUDF.

Congress has now stepped out of the alliance and announced that it will contest in the upcoming elections on its own. The alliance with Badaruddin Ajmal’s party was used by BJP to target congress during the election campaign. Experts believe that candidates like Tamal Kanti Banik in Silchar had to suffer due to the alliance. Over years, Congress lost the Hindu voters in Silchar making it a bastion of BJP. Moreover, the party’s stand on CAA did not help its popularity in Barak Valley.

Borah, Saikia, Purkayastha have managed to get the large hall packed with workers. But, will they manage to depolarise the political dynamics? Otherwise, Congress will have very little chance of an electoral victory in Silchar and other parts of Cachar with Hindu-majority.