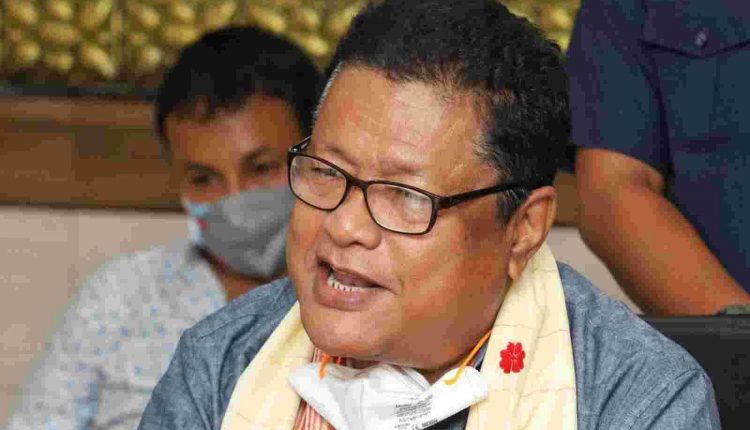 The Honorable Education Minister of Assam, Ranoj Pegu, chaired a state-level round table conference of all the Student Unions in the state on the 30th of August and, very, unfortunately, no representative of Barak Valley was invited for the meet.

The bridge between Barak and Bramhaputra Valley only widens by such steps of the ruling class and exposes the ugly racial sentiments that they endorse. 35 plus organizations were present in the meeting in the State capital and represented almost all linguistic groups in the State except Bengalis. This sense of neglect has affected the overall development and growth of the Valley for over decades now but there seems to be no real solution to it.

Dr. Tapadhir Bhattacharjee who is the ex-vice chancellor of Assam University, Silchar expresses his abhorrence by saying, “We have always been taken for granted! Historically Barak Valley was never a real part of Assam and since the time it has started being one, it has faced a tremendous amount of biasness. It has always been one-way traffic and we Bengalis remain to be on a leash. What happened is yet another example of the attitude they have and it’s on the greater public understanding to realize the disrespect and harm caused to us.”

“It calls for a revolution to derail this school of thought.”

He reminded us of the past experiences we the people of the valley have been showing and asserted, “It calls for a revolution to derail this school of thought.”

Kamalakhya Dey Purakaystha, MLA, North Karimganj, states, “Even National level Student Organization like the NSUI and the ABVP were exempted of the invitation. The Anti-Bengali sentiments of this government are getting exposed with the coming in of the term “Khilanjiya” and laws like the “Clause 6”.

“I will personally take this up on the assembly floor and also within the party machinery.”

He adds, “The present incident only confirms their rotten mentality towards the people of this valley. I will personally take this up on the assembly floor and also within the party machinery.”

Former All India Mahila Congress President and Silchar MP, Sushmita Dev of the TMC, on the other hand, advocates why a party like the TMC is important for the people of this valley to receive their share of respect and a sense of belonging along with unbiased State machinery.

The new ULFA accord which is being talked about and the points in Clause 6 are all part of a greater idea in the form of politics of exclusion.

She states “We Bengalis have no idea how they are planning and plotting against us! The new ULFA accord which is being talked about and the points in Clause 6 are all part of a greater idea in the form of politics of exclusion. Though the present government has built some roads and bridges but the sense of respect and oneness towards us stand to be miles away from their mindscape.”

Even in the issue of Assam Acord, no deliberation is done or suggestions are taken from the people of this valley.

Dr. Rajib Kar who is the General Secretary of Bhasha Saheed Station Sahhed Sharan Samiti tells us that, “Even during Assam Acord, no deliberation is done or suggestions are taken from the people of this valley. We have always been facing this stepfamily attitude that has been exposed in all kinds of ways. Student Association layer was still a lesser one and could have been easily included in the discussions, but the leaders in Dispur simply put up a show in all of their terms.”

Founding president of All Cachar Karimganj Hailkanadi Students’ Association (ACKHSA) Pradip Dutta Roy is of the view that Bengali speakers in both valleys have been equally subjected to racial divison and have faced a lot of discrimination in the past.

It was really unfortunate that linguistic groups with a lot less population than Bengalis were called to the meeting by the Education Minister but we again stood discriminated.

He states, “Bengalis have been seen as a second class group of citizens here in Assam and it only grows its roots deeper over time. The Assamese-speaking class is somehow jealous of the Bengalis and can’t accept that we are a developed class. There is no competition between us and we have immensely contributed to the development of the Assamese culture and language. It was really unfortunate that linguistic groups with a lot less population than Bengalis were called to the meeting by the Education Minister but we again stood discriminated. The way out of this vicious cycle only is a protest to bring autonomous status to this Valley.”.

It was really strange that such a step was taken by the minister.

Author, research scholar Sanjib Deb Laskar shares disgust. He adds, “Education is for all and shouldn’t be brought under this notion of dirty politics. We Bengalis and the people of Barak have been very resourceful and helpful for the development of SEBA and have played a vital role in the educational development of the state. It was really strange that such a step was taken by the minister.”

Aritra Das who is an active student’s leader in the Valley shares with us, “We have been facing the discrimination on the part of the Dispur govt. on students for quite some time now, and it calls for a joint protest by all Student associations of the valley who today stand to be of no relevance for the Education Policymakers of the state.”

We tried reaching out to the Honourable Member of Parliament, Silchar, Dr. Rajdeep Roy, he very sadly hung up on our phone call the moment we requested him for a comment on the topic and his phone remained busy after that. It is possible that he was preoccupied as we did not have an appointment. However, he shared many posts on social media – the issue wasn’t one of them.