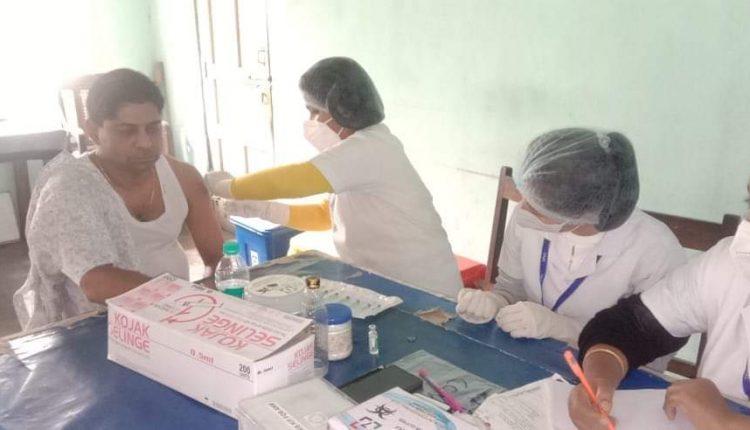 Doctors, healthcare workers in Silchar are refusing vaccines; Only 10 on second day at SMCH, 8 in Civil on third

World’s biggest vaccination drive to combat the Coronavirus-induced pandemic is underway in India. The drive was announced open by the Prime Minister Narendra Modi himself and in the first phase, all healthcare workers are eligible to volunteer to get a jab.

Along with the rest of the country, the drive began in Silchar too on January 16. Out of 100 names listed to get the 0.5 ml dose of Covisheild vaccine at SM Dev Civil Hospital Silchar, 46 turned up. 101 were listed to get the doses at Silchar Medical College and Hospital and 66 had turned up.

On Monday, January 18, 2021, the vaccination drive in Silchar got derailed as more than 1000 doses got wasted after getting frozen. On January 19 (Tuesday) – 97 individuals consisting of doctors, healthcare workers were listed to get the jab at SMCH but only 10 turned up. Similarly, the attendance was low in SM Dev Civil Hospital. Out of 76 listed only 32 turned up. Yesterday, out of 67 individuals called to volunteer for vaccination at SMCH, 25 turned up. At SM Dev Civil Hospital, the attendance was lower yesterday, out of 34 individuals only eight turned up.

While briefing the press about the drive, ADC Sumit Sattavan had said that the government-laid target in front of them was to ensure each session site is vaccinating at least 100 individuals every day. At this stage, the session sites in Cachar district are running way behind the 100 mark.

The process is such that only the names listed on that particular day will get the doses. Sumit Sattavan made it clear that the doses will be administered only after checking the identity card of the person listed to get the dose. The list is computerised and there is very little human intervention possible. It is the same process followed in the rest of the country.

It is clear that the healthcare workers comprising of doctors, nurses, ASHA, Anganwadi workers, who remained at the frontline throughout the pandemic are apprehensive of the doses.

“This apprehension will cast doubt in the minds of commoners who will be called later to get the doses. This is a serious issue as the government wants to ensure vaccine-induced herd immunity in the society”, said a student researching on vaccination.