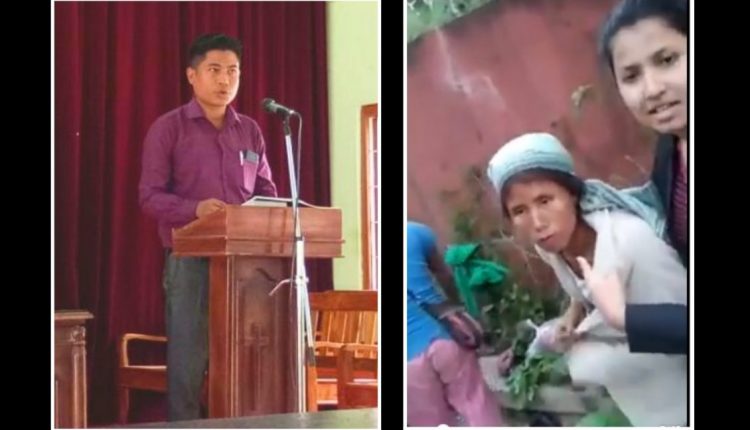 A tribal woman-vendor Gracy Hmar, who was assaulted at a roadside market at Jail Road in Silchar on November 24, has suffered a miscarriage, Dr. Arun Paul Choudhury confirmed on Saturday.

Gracy along with another woman-vendor Lalmounpui Hmar was beaten up by a group of youths, including girls, who suspected that the vendors had stolen a stray dog to sell its meat. An FIR was lodged with police regarding the assault on December 5 following a video of the incident went viral on social media.

Gracy was admitted to Silchar Medical College and Hospital recently after her health condition deteriorated. Lalmounpui, who also sustained injuries in the incident, is recovering, family members said.

Doctor Choudhury, who was supervising the case at the hospital, said over phone on Saturday afternoon that Gracy was pregnant and has suffered a miscarriage. He, however, said the miscarriage might not necessarily be related to the assault.

“There was some bleeding which certainly occurred due to the assault and has been treated. The miscarriage could have been because of other complications as it perhaps happened prior to the assault,” Choudhury added.

Gracy was released from the hospital on Friday. Both the woman-vendors belong from Hmarkhawlein village under Lakhipur constituency in Cachar district.

Meanwhile, police have initiated a search operation to nab three youths, including two girls, in connection with the incident. A case under Sections 147/294/325/354/506/153(A) of the IPC has been registered based on the FIR.

Cachar superintendent of police Rakesh Roushan told *Barak Bulletin* that a search was on to track down Durba Paul, Priya Mazumder and Sagnick Gupta. All of them are absconding, he said.

“Police are searching them. Hopefully, they will be held soon,” he said.

The video of the incident, which has been making the rounds on social media for the past few days, features the trio – Durba Paul, Priya Mazumder and Sagnick Gupta. It shows Durba abusing, threatening, dragging and assaulting one of the vendors, while the two others were present at the site.

The incident has evoked vehement reactions from various quarters, especially the tribal community, with people from different parts of the state strongly raising voices for stern action against all those involved in the incident. It may also be mentioned that a section of elements is also trying to represent the incident on communal lines and create bitterness between different communities, as per reactions on social media.

Lalsiemthar Hmar, vice-president of the Barak Valley Hmar Students’ Association said the incident had terrified the other tribal vendors of Jail Road. “The other vendors are very much afraid after the incident,” he said, and demanded that all those involved in the assault be arrested at the earliest.

He speculated that more incidents like that might happen in the coming days if the police authority fails to bring the culprits to book.

Fanjowbam Lokenath, secretary general of the Manipuri Youth Front of Assam, said the suspect(s) had taken law in their hands which was totally illegal and such things could not be tolerated under any circumstances.

“We will submit a memorandum to the authorities concerned soon in this regard,” he said, and strongly demanded that all those involved be arrested.

Kishore Bhattacharjee, a member of the Citizens’ Rights Protection Co-Ordination Committee and a renowned citizen in Silchar, dismissed the allegation/rumours of dog slaughtering at the Jail Road market area and speculated that the reason behind the assault was perhaps “something else”.

The tribal vendors are very much decent by nature and they sell vegetables at the market, he said, and sought the intervention of the authorities regarding the matter.