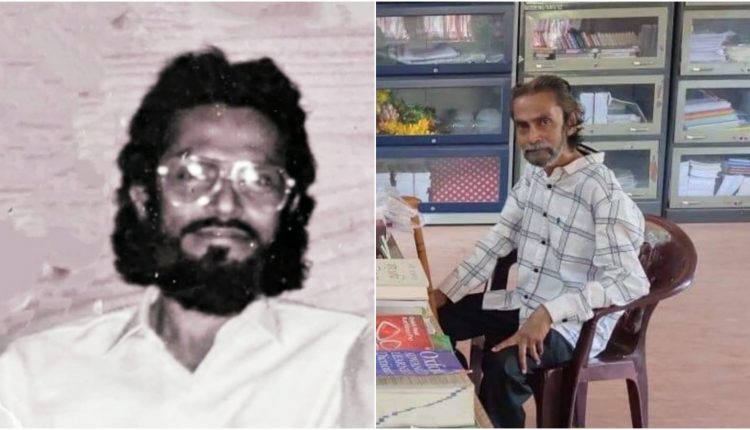 Seldom comes a time when someone possesses the ability to enthrall you by their immaculate vocabulary, and that too which is considered to be a distantly foreign language. Late Professor Dr Jahar Kanti Sen was among those few towering personalities in Barak Valley who could never put a word wrong as far as the English language is concerned.

I came in touch with Dr Sen in the mid 2000s when I enrolled myself in his classes on English literature. I opted for an English Major in my graduation, and hence needed special guidance on the particular subject. And who better than Dr Sen it could have been. Today, as I look back, whatever correct English I know, I owe a lot to Dr Sen’s teachings.

I specifically remember the day I went to his home to get myself enrolled. I was petrified as my HS marks were not that great and I was in doubt whether I could make the cut. In a feeble voice when I asked “Sir am I eligible?”, the reply in that baritone voice got etched in my minds forever. He said, “Your marks don’t necessarily decide your eligibility, your interest and keenness to learn does.” My learnings from this great man started right there.

As we started our classes, we got a glimpse of his world of English literature and his keen interest in the life and works of George Bernard Shaw, the famous Anglo-Irish playwright. He used to tell us stories from Shaw’s life and we could see the passion he had about anything related to Shaw. The works of all the doyens of English literature could come to life whenever Sir used to narrate these to us.

An aspect of his teaching that made him the revered teacher that he was, is how he made students understand the importance of using correct English and pronunciation, a rare trait indeed. Whenever we used to use wrong English, Sir was quick to correct that and the way he explained, stayed forever with his students.

As my friend and one of his students, Mr Jahirul Haque Barbhuiya would say, “His pronunciation was impeccable. It’s hard to find somebody in the entire Northeast region with such perfect and appealing English pronunciation. He was a man of defining principles. A strict academician though, but always stressed on the need to have a sound and correct grasp over the English language.” Jahirul is now a teacher in Silchar and he remembered Sir as someone who had played a pivotal role in shaping up his career.

How revered and respected he was as a teacher was evident from the silence and attentiveness his lectures received from the students. From the first benchers to the last ones, everyone was attentive to what Sir was teaching and that attention came from the interest that Sir would add to the topic of the discussion.

I can go on and on with accolades for Dr Sen, but I consider myself extremely fortunate to have been able to gather learnings from one of the stalwarts of the English language in the valley. To me, English is a good language, and Dr Jahar Kanti Sen made it better!

“I want to be all used up when I die.” – said the great Shaw, and Dr Sen made sure he imparted all the knowledge he had to his students throughout his lifetime.

The author of this article, Satrajit Sen is a veteran journalist associated with the Economic Times