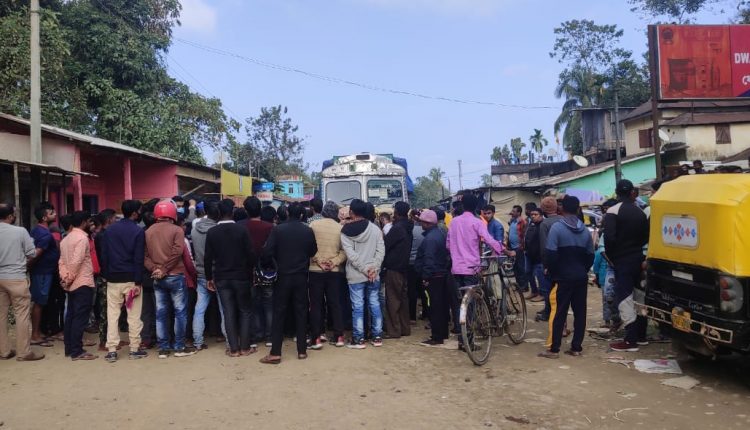 A total of 210 Police Station Dalals and touts were arrested by the State Police on this week from different police stations across the state. The arrested, in the name of writing police statements and reports on behalf of people, were looting huge sums of money from people from all across the state. This has been going on since a very long time and only when a decree was passed by the government of the state to put a ban on any such illegal activities, this arrest has come to the limelight.

This drive was initiated by Chief Minister Himanta Biswa Sarma as he believes these unauthorised complain writers blow cases out of proportion. He made it clear that the complaints must be registered by the Police as per the merit of the case. To take away the middlemen from the system, the chief minister said, the drive was initiated.

In similar light, a huge brawl has erupted in front of Dwarbond Police Station after the alleged arrest of Arup Paul. The locals of Dwarbond have gathered in front of the said Police Station to register their protest against the arrest of this garment businessman who in turn also acted as the “Mahuri” or Deed-Writer for the less educated and illiterate people of that locality. They’ve also blockaded the road connecting Dwarbond to Silchar and Hailakandi.

According to sources, the alleged businessman was arrested on Saturday night and when the news of this arrest spreaded on this morning, locals, mostly people belonging from the tea-tribe gathered around the Police Station and erupted into protest with the demand to free Paul without any condition. After this blockade, when the news reached the Silchar Sadar Police Station and SP Office, some high-ranking Police Officers rushed to the spot to take action on that matter. On reaching the ground-zero, they’ve invited the protesting mob’s leaders for talks and discussion. After two hours of serious discussions the protest was called to a halt.

On the other side, the locals allege that, the arrested Arup Paul is not a “mahuri” or “deed-writer” by profession, rather he is a garment businessman. He writes statement on behalf of someone for a very minimum amount of money. Most of the locals of Dwarbond area are tea garden labourers and are mostly illiterate, whenever there’s some fight between people, theft or any crime, the people seek Police help for justice. To register a complain they need to file a written complaint statement for any action, helplessly they go to Arup Paul for writing that report. Arup in turn writes that statement letter.

This arrest comes after the Government’s previous arrest of property and land touts who were looting people of laks, if not crores day in and day out. The Government has also stopped the “Dalal Raj” of District Transport Office and in Driving Licence services.