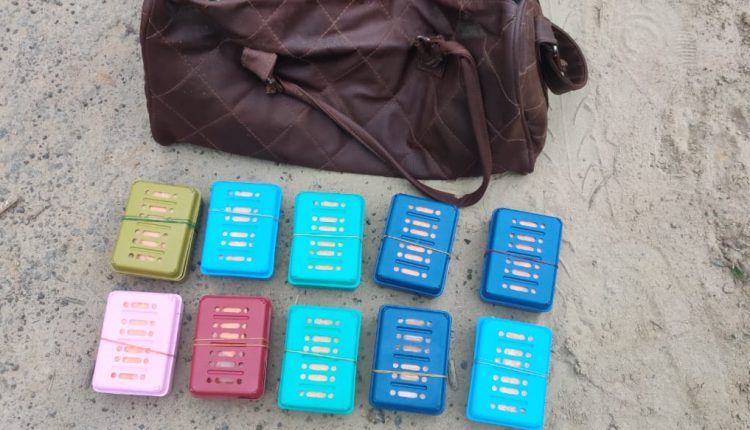 Drug Bust: Man held with 135 gms. of Heroin in Jirighat

Assam police’s war against drug adds one more successful operation to its honour. A team led by the SDPO Lakhipur and OC jirighat acted upon a sourced input and intercepted a man at New khairabad (Alni mukh) under Jirighat PS and upon checking recovered Ten(10) soap boxes containing 135.69 gms of suspected Heroin.

The man, Lalremthang Hmar, 54 year old is the son of Lt. Akhul Hmar and hails from Vill – Lalpani part 2 ( Saran punjee) PS:- Jirighat, Dist Cachar. The man is under interrogation for further leads. It remains to be seen how the Assam Police nab the big brothers in the drug industry while only being successful in nabbing small smugglers.