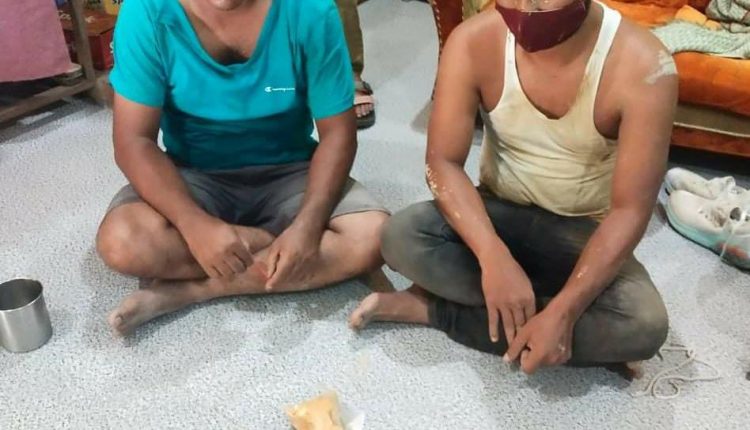 In the fight against illicit drugs, the Cachar Police today has successfully seized suspected heroin from the Athal Basti area of Silchar, Cachar. In this connection, two have been arrested as well. Apart from the drugs, one Bajaj Pulsar motorcycle and a Santro car have also been recovered from the spot.

The raid was led by DSP Cachar Kalyan Kumar Das, who got the intel based on a secret source. “Based on a secret source, we conducted a raid at around 2 pm on the house of a certain Alom Hussain Barbhuiya situated at Athal Basti area in Silchar. After conducting a thorough search, 63.54 grams of suspected heroin was recovered from the spot. Along with Alom Hussain Barbhuiya, we also arrested another individual from that spot named Shamim Uddin, who is a resident of Ramnagar Part IV. Both have been arrested and a Pulsar bike and a Santro car has also been recovered from the spot”, said DSP Cachar.

A case has been filed against the duo, and as of now, they’ve been kept under the custody of Ghungoor police s