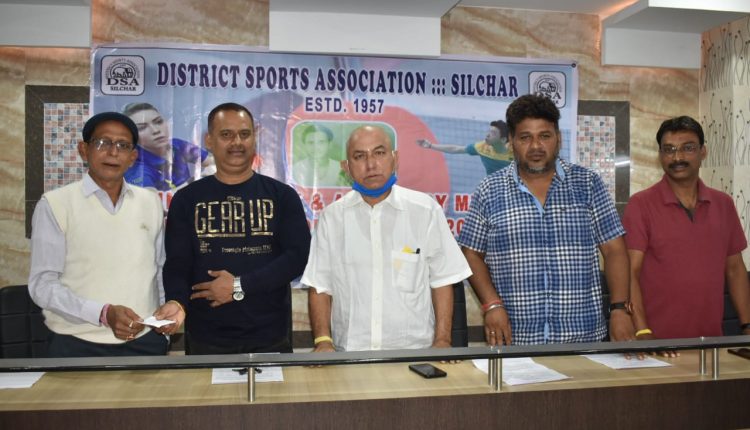 Like every year, Silchar DSA is going to host winter table tennis tournament which will be named as Nalinakkha Roy and Aruna Roy Memorial Table Tennis Competition. This was announced by the top officials of DSA at a press conference held at Tulsidas Banik Conference Hall today.

Babul Hore, President of DSA said every year the organisation conducts the winter competition. This time too the Indoor Branch of Silchar DSA is in charge of it. During the covid period many sponsors of DSA turned away. In such a situation, Animesh Roy has come forward to extend a helping hand in organizing this competition as a sponsor. The President of DSA thanked him for this.

Speaking to reporters Secretary Bijendra Prasad Singh said, “We have had to face many problems due to coronavirus. The last year sponsor also turned away. In such a situation Animesh Babu has come forward. We will organize this tournament in accordance with the covid guidelines. That is why I am requesting every parent to support us.” 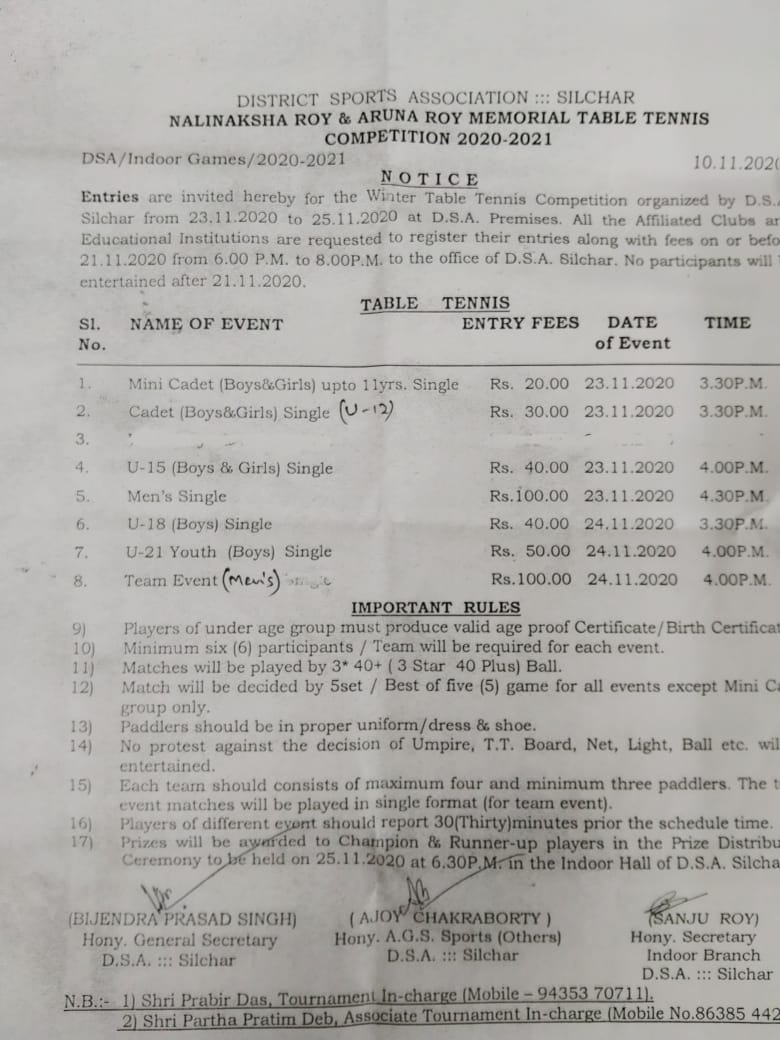 Sanju Roy, Indoor Secretary of DSA told “The competition will start from November 23 and the event will be held indoors. Registration for the tournament can be done till November 21. Parthapratim Dev and Prabir Das have been put in charge of the tournament. The game will be played in a total of seven events. These are mini cadet singles in which boys and girls upto 11 years old can take part in it. The other events are under 12 boys and girls singles, under 15 boys and girls singles, under 18 boys singles and under 21 men’s singles. Participants need to pay entry fee for taking part in each event. The winners of the tournament will receive a trophy but there will be no prize money.”

Treasurer of DSA Animesh Sengupta said, “The budget of the tournament has been fixed at rupees 15,000. However, if the budget exceeds more than that the cost it will be borne by DSA. Junior boys and girls must produce their birth certificates for participating in the tournament.”

Speaking to reporters sponsor of the tournament Animesh Roy said, “My daughter also plays at Silchar DSA. I want the sports to improve here. So I responded to DSA’s proposal.”

DSA has made it very clear from the beginning that they will be strictly following all the covid guidelines for the tournament. Accordingly, thermal scanning of each player, their guardian, umpires, scorers and officials is mandatory. Although DSA has sanitizers available but still officials and players will have to keep a sanitizer with them. Players will not be able to change their gears, water bottles or t-shirts during the match nor spit in the indoor hall.