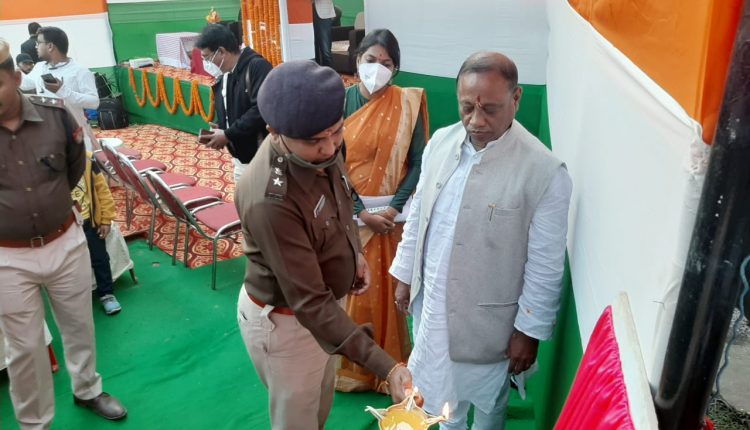 Dwarbond Outpost started its journey as a full-fledged police station; Assam University to be under its jurisdiction

Dwarbond Outpost started it’s journey as a new police station in Cachar district. Earlier it was a PIC level police point and on Tuesday it got officially declared as a police station. The station was inaugurated in a small ceremony attended by Forest Minister Parimal Suklabaidya, DIG Dilip Kumar Dey, Deputy Commisioner Kirti Jalli, Superintendent of Police BL Mina and others. Assam University alongwith 12 local village panchayats will come under the jurisdiction of the police station.

In this regard, Superintendent of Police BL Mina said, “From now on, Dwarbond outpost will function as a full-fledged police station. Earlier, it was a PIC level police point and worked under Silchar police station. Police Patrolling Point of Assam University will work under Dwarbond outpost from now onwards. There will be less pressure on Silchar now and the reduced distance will speed up the efficiency of official works. The government is taking various measures to strengthen the police force for increasing the efficiency. Recently, the police have been able to stop various criminal activities, especially the crimes in Dholai constituency near the Mizoram border. The police have to deal with a lot of criminal activities and now with the addition of more police stations this work will gain momentum.”

Speaking on the occasion, Minister Suklabaidya said, “Police, public and politicians, all these words start with ‘P’. It means we complement each other. Recently the Chief Minister himself came and inaugurated a few police stations in Cachar. The police is our friend. We call the police in case of any danger, if someone is injured in an accident, if someone’s house is robbed or if a woman is molested. The police have to report it as they are our friend in danger. The government wants the state police to be one of the best police forces in the country and work is being done to achieve this feat. This police station has been inaugurated today and it will also benefit me personally because till now there was only one police station in Dholai constituency. Now works will be carried out fast and the common people can assist the police with enthusiasm.”

The ceremony started with the lighting of lamps. After that, the guests officially unveiled the plaque of the police station. They also mentioned many important aspects in their speeches.