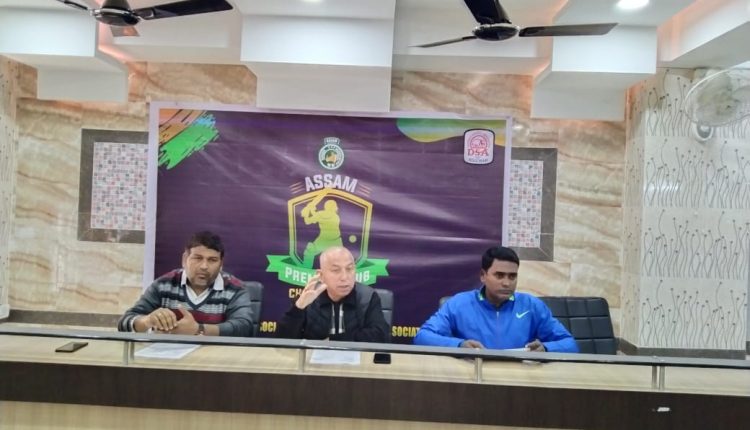 Assam Premier Club Championship has already started in three districts of the state. This time the championship is going to commence in Silchar too. The event will be held at Satindra Mohandev Stadium from January 29. Eight clubs of the district will take part in it. Top officials of the Silchar District Sports Association said this at a press conference on Wednesday.

The final will be played on February 11 according to the schedule made by Silchar DSA for the championship. Four teams of Super Division and four teams of First Division will participate in the championship. The teams are Super Division Champion United Club, Runner’s Up Town Club, India Club, Eleven Star Club, Club Oasis, Jogajog Sangha, Popular Club and Uttarpara Club. In the first match, United Club will play against Eleven Star Club.

Babul Hore, President of DSA, said the Assam Premier Club Championship is going to start in Silchar as the fourth district of the state. Secretary Bijendra Prasad Singh said, “This is the third edition of Assam Premier Club Championship. The ACA is organising this event mainly to bring in more talented players. Although Silchar District Sports Association is the local organiser here, the main organiser of the championship is ACA.”

According to the rules of ACA, a minimum of eight teams from each district will have to take part in the tournament. League cum knockout method will be followed in the ODI format matches of 40 overs. There will be three power plays. No NOC will be required to play in this tournament which means a player can play in the tournament from any district club. For example, Itkhola AC is not participating in this event however the cricketers of Itkhola will be able to play in this event on behalf of other clubs. However, the players have to get themselves registered for playing the tournament.

Cricket Secretary Niranjan Das said the group division was made by lottery method infront of the representatives of the eight participating teams. The eight teams have been divided into two groups. Super Division champions United Club have been placed in Group A while Runners-up Town Club in Group B. The top two teams from each group will advance to the finals after playing against each other in the group stage.