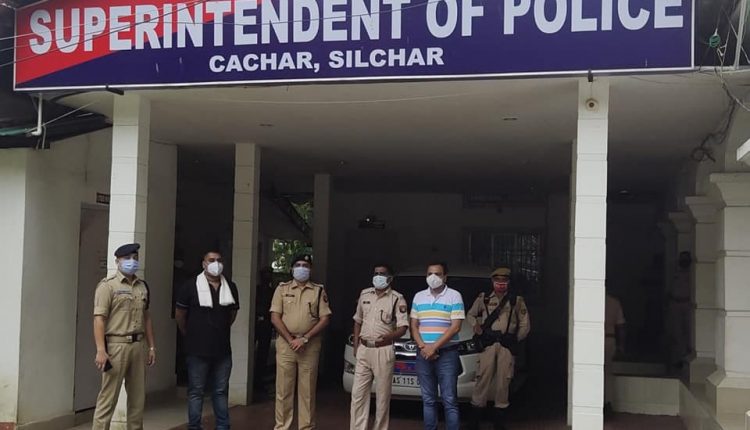 The notification of Assam’s first phase of assembly election was issued on Tuesday. All the constituencies from Barak Valley will go to polling on the second phase of the election and the notification regarding it will be released on March 5.

There are 7 constituencies under the Cachar district that falls under the jurisdiction of Cachar police as well as the constituency of Algapur. To ensure smooth and safe polling in these constituencies, the administration is in need of reinforcement of police officials and paramilitary in addition to the already stationed one.

Keeping these in mind, the Cachar Superintendent of Police B. L. Meena has requested their superiors asking reinforcement of an additional 69 company of Central Armed Police Force (CAPF) troops.

As elections of 5 states are going to take place simultaneously, with West Bengal being one of them, hence exactly how many companies of CAPF troops would be sanctioned for Cachar currently couldn’t be ascertained.

According to SP B. L. Meena, keeping in mind the size of the Cachar district, its voters’ list and the number of polling stations, it’s safe to say that a minimum of 45-50 companies of CAPF forces is sure to arrive.

He then went on to say, “We have already initiated various campaigns to crack down on illegal activities in the district. A special task force has been formed, which is patrolling the entire district against illegal activities. One after another illegal activities are being cracked down. This year, there are 1384 polling stations in the Cachar district with voters in excess of 12 lakhs. In addition to that, the 55 polling stations under the Algapur constituency also falls under the jurisdiction of the Cachar police. We have already appealed for reinforcement of 69 companies of the CAPF force. These decisions will be under the purview of the Election Commission and they will consider how many troops there are and how many troops are needed in Assam. At the district level, we have applied and hopefully, at least 45 to 50 companies will be provided for us. Each company has 96 armed men, they use the latest technology, so they play a very important role in dealing with any situation.”

On February 26, the Election Commission announced the dates of elections in five states including Assam. The polling date of Barak Valley is in the 2nd phase of the election, on April 1. The notification will be issued on March 5 and the last date for filing nominations is March 12. The election results will be announced on May 2.

The district administration has allotted 52 places, only in these areas election rallies could be organized. Political parties will apply for such events in advance and the administration will allow them on the scheduled day.

In any case, the Covid protocol must be followed. Candidates and their supporters can arrive with a maximum of 10 vehicles at the time of submission of nomination papers and there should be an adequate distance between each vehicle. Only the running candidates and one person assisting each can come to the district administration’s office while submitting nomination papers.

The administration will even monitor the social media activities of the candidates and the police will play a special role in this regard. Under the supervision of the Election Commission, senior officials of the state police and administration are in constant touch with the officials at the district level online. They will apply newer methods to handle the situation in the future.