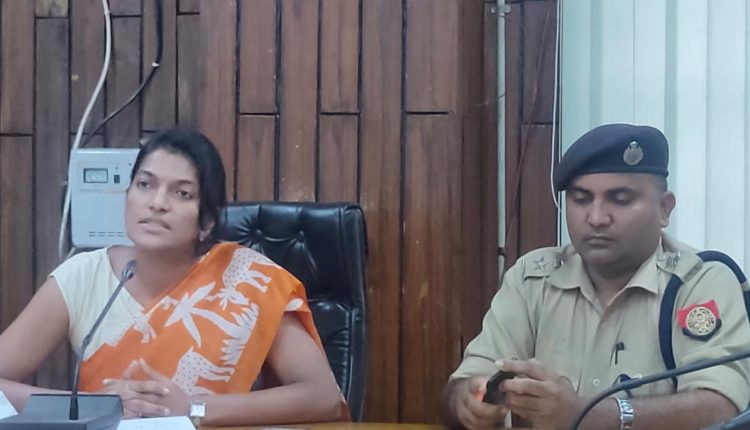 After the conclusion of Phase 2 polling on Thursday, two unpleasant incidents in the evening shook the district of Cachar. On one hand, the shooting incident in Sonai, on the other hand, an EVM machine and a car were smashed by an agitated crowd in front of NATRIP. Asked how the two incidents had affected the voting process, Deputy Commissioner Keerthi Jalli said on Friday that some people had vandalized EVMs in the area adjacent to the NATRIP, but the good news was that they were not used in the voting process. Meanwhile, in the Sonai constituency where the shooting took place in front of the polling station, more than 70 per cent of the votes had been cast, so it is not clear whether there will be a re-poll.

Commenting on the NATRIP incident, the Deputy Commissioner said, “After the smooth voting process was completed all day, we were suddenly disturbed by such an incident. But in the end, we came to know that the EVMs which were damaged were not used in the election process. Rather the reserve EVMs were vandalized. In other words, it is not affecting the main voting process. Additional EVMs are provided by the Election Commission because if the EVMs used in the voting process does not work, they have to be replaced. When the EVM is replaced, it is in front of the members of each team and the whole process is videographed. The EVMs were being taken to the Strong Room as they were not used after the voting process was over. Some people did not understand that and caused unnecessary trouble. However, the situation has been handled and the voters have shown great maturity. Every ballot box has been sealed and videographed under the supervision of the Election Commission. ”

Regarding the altercation between the two parties in the Dhanehari area of Sonai and the firing, Superintendent of Police B L Meena said, “No such incident was ever seen in the election process in the entire district. What happened in Sonai is unfortunate. However, the situation was handled and the Deputy Speaker was rescued unharmed. The condition of those injured is gradually improving. There are various allegations and so far four people have filed FIRs. The Deputy Speaker has not yet lodged a written complaint, but police are working on them. It remains to be seen who owned the gun and whether there was any other plot behind it. There is a lot more information that can’t be made public right now. However, it is an appeal to everyone that kindly do not listen to the rumours.”

The Cachar district had the most female polling stations this time, resulting in a much higher number of female officers. Disturbance in front of the NATRIP on Thursday night caused a few kilometres of traffic jams and the female polling staff had to walk a long way to the strongroom with ballot boxes. Due to the lack of police officers, it got too late to handle the situation which the administration has acknowledged.

However, when asked if it was wrong to employ women, the Deputy Commissioner said, “Women who have taken part in the voting process are no less qualified than any male official in any part. Women should be treated with equality and not with compassion. The protesters who were vandalizing in front of the NATRIP did not think once about the safety of the trapped women. But our female officers have done the job with a lot of patience and everyone has returned home in safety. They have proved that women are not backward in any way and their work has been of excellent quality. ”

The Election Commission will decide the possibility of re-poll in the district, but for now, the fate of the 61 candidates in 7 constituencies has been locked in the ballot box for a month.