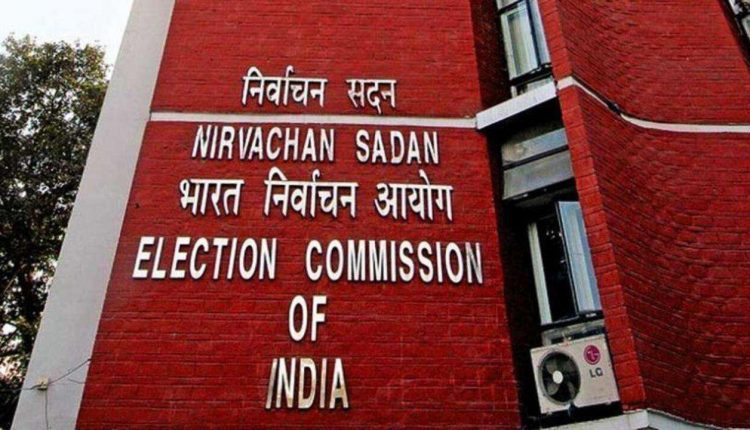 Last night EVM was found at Patherkandi MLA Krishnendu Paul’s wife Madhumita Paul’s personal vehicle. Since then, the situation was tensed in Patherkandi.

Today, the election commission of India has issued a detailed report about the incident.

Here is what the Election Commission of India stated in its media report:

1. The polling party of No. 149- Indira M.V. School of LAC 1 Ratabari(SC) met with an unfortunate incident on 01 April 2021. The polling party comprised of a Presiding Officer and three polling personnel. They were accompanied by the police personnel comprising of a constable and a homeguard.

2. The Polling party after completion of polls at 1800 Hrs. was returning in a convoy escorted by an armed escort led by the Police Sector Officer ABSI Luhit Gohain. The weather on the 01st of April was inclement and was raining heavily in the later hours of the day leading to the roads being muddy.

3. NH8 is the only artery road leading into Karimganj from remote areas of the district. Since it was poll day and poll closes at 1800 hrs, about 1300 vehicles were returning on the single highway, as all polling parties return to Karimganj from 1800 Hrs. onwards. Combined with the inclement weather, this had led to an unprecedented traffic congestion on the highway.

4. As the above mentioned polling party was approaching Nilam Bazaar, the vehicle which had been allotted by the transport cell of election branch, DC office, to the party carrying the polling party broke down at about 2100 hrs on 01 April 2021. Due to the traffic congestion and the prevailing weather condition, the party became detached from its convoy. The party alighted from the vehicle and called the Sector Officer Sri Ajoy Sutradhar on his mobile and informed him. While the sector officer was arranging for an alternate vehicle, polling party decided to arrange a vehicle of its own so as to reach the Material Receipt Centre faster since they were in custody of polled EVMs.

5. At about 2120 hrs, the polling party hailed a passing vehicle and boarded it along with their EVM and other things without checking the ownership of the vehicle bearing the number AS-10B-0022. As reported by the polling party, they moved towards Karimganj and as they reached Kanaishil in Karimganj at about 2200 hrs, they had to slow down in the traffic. As they slowed down, they were surrounded by a mob of about 50 people which started pelting stones at them. The mob also started abusing them and did not allow the vehicle to pass. When they asked the leader of the mob, he replied that it was the vehicle of Sri Krishnendu Paul who is a contesting candidate of a neighbouring constituency (Patharkandi LAC-2) and he levelled allegations that the EVM was being taken to be tampered with.
It was only then that they realised that something was amiss and alerted the Sector Officer. However, a larger crowd had gathered by then and they were attacked and held hostage by a mob along with the EVM in the vehicle at 2145 hrs alleging that the EVM was being taken to be tampered with.

6. Immediately after receiving information about the incident, DEO Karimganj along with SP Karimganj rushed to the spot and reached there at 2220 hrs. Also in the meanwhile, the antecedents of the vehicle were ascertained and it was found to be was registered in the name of Smti. Madhumita Paul, Wife of contesting candidate, Patharkandi LAC No 2, Shri Krishnendu Paul. On arrival at the spot, it was observed that the crowd was pulling out the polling party and were about to assault them. The mob had turned violent and had damaged the glass of the vehicle by stone pelting. During the course of the stone pelting, SP Karimganj sustained minor injuries on his collarbone and blank firing had to be resorted to disperse the mob. The first polling officer was found missing in the commotion, the EVM’s and the remaining polling party along were safely escorted from the area and taken into the control of the DEO at 2320 hrs.

On examination, the polled EVM comprising of BU, CU and VVPAT was found to be with its seal intact without any damage whatsoever. All the items have been deposited in the strong room.

7. The first polling officer was missing until the wee hours of the morning of 02 April 2021 as he was hiding in the undergrowth nearby and a search operation was being conducted all night. This delayed the transmission of this report by a few hours.

8. In this regard, the Presiding Officer was issued show cause notice for violation of the transport protocol. Thereafter, the PO & 3 other officials have been placed under suspension. Although the seals of the EVM were found intact, it has nevertheless been decided to do a re-poll at No. 149- Indira M.V. School of LAC 1 Ratabari (SC) as added precaution. A report has also been sought from the Special Observer.