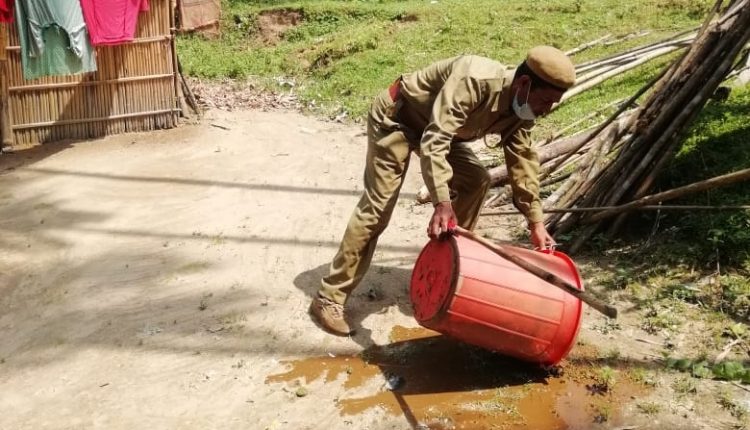 The Excise department carried out raids in several tea gardens that led to seizure of illicit distilled liquor and fermented wash on Wednesday.

Inspector of Excise, J.Barman said several raids were conducted at Gaglacherra, Pakicherra, Kanchanpur and Bondukmara tea estate areas that led to seizure of 13 litres of illicit distilled liquor, 240 litres of fermented wash and three sets of distilling apparatus. The Excise personnel destroyed them on the spot.

Two persons have also been arrested and cases registered against them.

The excise authorities here have been conducting raids in and around the tea garden areas that have led to seizure of huge quantities of illicit distilled liquor and fermented wash.

Offline examination for TDC students; protests in all three districts of Barak Valley

Young boy slips deep in the lake while roaming around