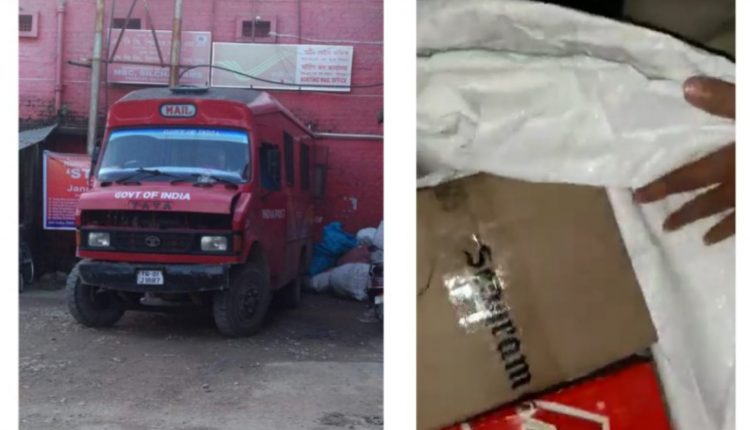 A major attempt of illegal transport of Indian Made Foreign Liquor (IMFL) was foiled by the Excise department on Monday, acting on secret information received by state Excise Intelligence Bureau.

According to reports, the sleuths of Assam Excise Department, yesterday evening, recovered a mail van of the Indian Postal Department from Silchar Railway Station, bearing number TR 01 J 1889, which was used as a mean to transport the IMFL. The bottles of liquor were packed in a bag and were mixed in between other packages.

Speaking to Barak Bulletin, Minister of Excise Department, Government of Assam, Parimal Suklabaidya said that his department has initiated action in this regard and the case will be dealt with Zero Tolerance policy. “3 persons have been taken into custody and forwarded to concerned department for necessary action. We have also written to the Headquarter of Postal Department as their vehicle was being used for illegal transport of liquor,” the minister said.

Assam University students protest against the attack on JNU students