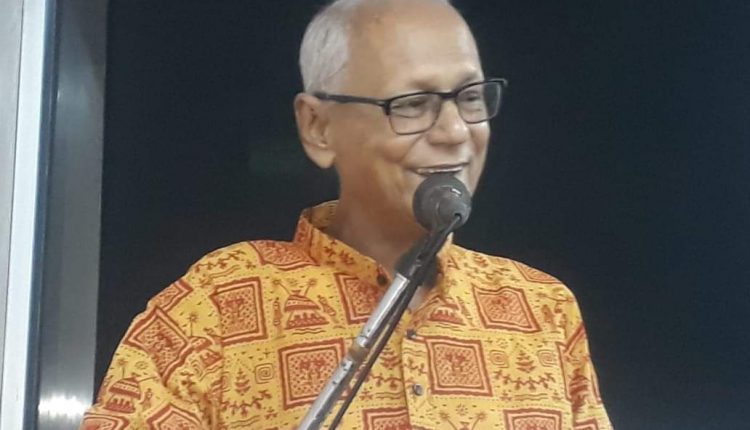 Death was not due for Neelotpal Choudhury. Far too less the way he departed. The town folk close to him knew that he was waging a grim battle for life. His general health, clinical findings, pathology, cytology and radiology; nothing was on his side. But then we all had an inkling of his volition. The ‘never say die’ attitude of this tall, fair and handsome Janus figure of media industry in India’s north east made him a man of a different mettle.

He has exhibited a sorcerer’s dexterity through his journey along the Jugasankha. This Bengali daily could attain unassailable heights in terms of both credibility and circulation primarily and mostly because of him. He was a risk-plunger unlike most of the Bhadralok Bengali. His penchant for innovation and his passion for exploring the uncharted territory made him a copy book entrepreneur from the pages of the great economist, Joseph Schumpeter even as he was never an investor per se.

We didn’t meet that frequently. Nor we called up each other in close intervals. He might have been to my residence on couple of occasions only. So did I to his. But both of us knew with aplomb that we liked each other. We had many common friends who would share with me narratives around him. Many of those were of the category of privileged communication nothing of which I can divulge. He had a thorough understanding of the business, market and news. He was never a scribe. He would often say in his usual casual approach that his job was to find the sellable news. A purist would have reasons to grouse at his candid, at times blunt admissions, of that genre. But then he won’t pretend. He was an imitable organiser, and a terrific team man. His suave countenance helped build a group who would strive for achieving the impossible zenith.

His demise at this critical juncture for the newspaper industry will surely create a void that no one else in the Barak Valley seems to fill in the near future. Neeluda (this is how I addressed him) was a source of sustenance in my own longing for life. His departure is a colossal personal loss for me. I wish the bereaved family garnered strength and fortitude in this hour of crisis.

The author of this article, Joydeep Biswas is Associate Professor, Department of Economics, Cachar College

New Containment zone in Rangirkhari, Silchar and other places of Cachar District

Help find them - a Hollywood movie, three Silcharians and some personal reflections