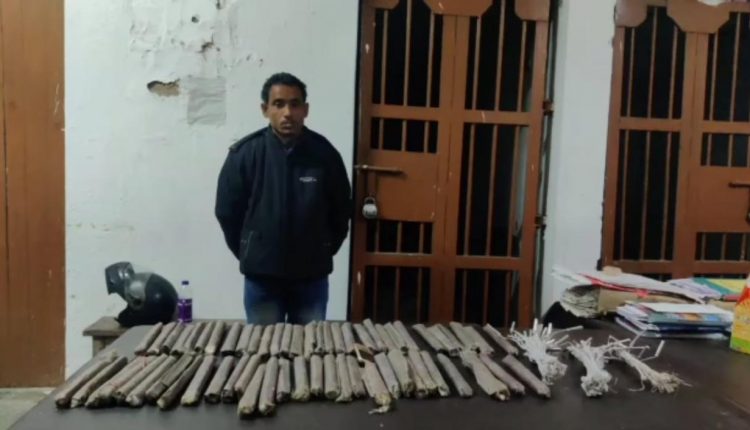 Assam Police has apprehended one person with explosive materials from Katakhal in Hailakandi District today. Assam Police jointly conducted this operation with CRPF based on secret information on explosive dealings and recovered 60 Gelatin Sticks of 125 gm each and 58 pieces of electronic Detonators from Muhib Uddin Laskar, according to the information from police officials.

Muhib Uddin Laskar is a resident of North Narayanpur village Part 2, which comes under Algapur PS. He was carrying the explosives in a bag with other vegetables, Nirmal Ghosh, DSP of border Police informed. Police took him into their custody and detained him at Panchgram Police Station for further investigation. Police are suspecting that there might be a whole racket actively engaged in explosive smuggling and there are forward and backward links.

In the last few months, there were several such instances of recovery of explosive materials by Assam Police from Assam-Manipur and Assam-Mizoram Border. Police were suspecting the insurgent groups of Manipur might be behind the explosive trafficking.