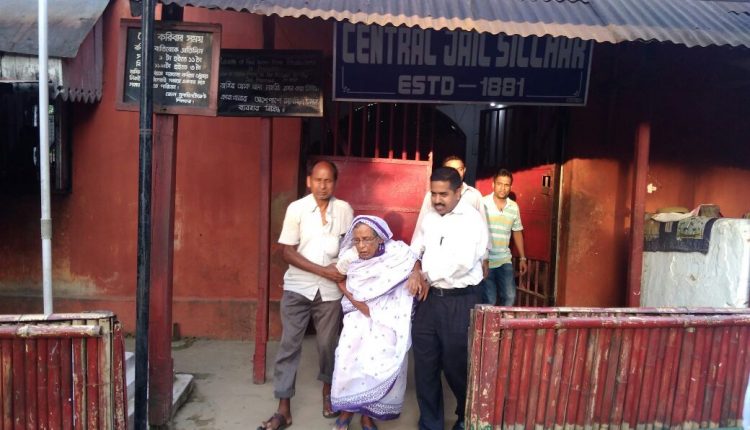 The legal basis for such detention stems from Section 2 and 3(2)(e) of the Foreigners Act, 1946 and Para 11(2) of the Foreigners Order, 1948, under which the Government of India has authorized the Government of Assam to set up such detention centre’s.
In a written reply dated 29/07/2019 Assam parliamentary affairs Minister Chandra Mohan Patwary said on behalf of Home Minister Sarbananda Sonowal that 25 people have died while incarcerated in the state’s six detention camps. The state claims they all died “due to illness”. Out of 25 dead inmates 10 from Goalpara Detention Camp, 9 from Tezpur Detention Camp, 3 from Silchar Detention camp, 2 from Kokrajhar Detention Camp and 1 from Jorhat Detention Camp. The dead include 14 Muslims and 10 Hindus and 1 Tea Tribes.

Currently, the state has 1,145 declared and convicted foreigners in the six detention camps. The Kokrajhar centre has 177 inmates, Goalpara has 273, Dibrugarh 46, Tezpur 357, Jorhat 220 and Silchar 72. Altogether 335 foreigners have been detained in the camps for more than three years. In Silchar Detention Camp,

total 18 detenues have completed 3 years. Out of 18, only 3 detenues declared by criminal court u/s 14 of the Foreigners Act, 1946 viz. Nurul Amin, Sahidur Rahaman and Firoz Alom are Bangladeshi National/convicted foreigners. Only 15 persons are opined by the Foreigners Tribunal constituted in Assam under Foreigners(Tribunal) Order,1964 that they are not citizen of India i.e. Foreigner, and out of 15, only 2 persons from Cachar District, 4 persons from Karimganj, 6 persons from N.C. Hills, and 3 persons from Hailakandi District. It is also to be mentioned here that out of 18 foreigners in Silchar Detention Camp, 8 persons are Hindus and 10 persons are Muslim.

On 30th July, 2019, the Assam government has notified the release of “declared foreigners” who have spent more than three years in detention centres across the state, conditions for which have been set by the Supreme Court on 10th day of May, 2019 in W.P. (C) No.1045 of 2018. According to a notification by Assam’s Home and Political department, the conditions for their release include two sureties of Rs 1,00,000 each, a verifiable address, collection of their bio-metric information including all ten fingerprints and iris if possible and photos which shall be captured and kept in a secured database and the person must report to the police station every week.

Surprisingly, the Assam Government`s Notification came after elapsing of more than two and half months of Supreme Court Order and it has also neither been mentioned in the Apex Court order nor State Government`s aforesaid Notification as to the authority to whom the execution of BOND referred to in the Apex Court Order should be furnished and be accepted. On the other hand, we know that the foreign national are detained in the Detention Camp by the State Government /State Executive under delegated authority after OPINION (Quasi-judicial Order) given by the Foreigners Tribunal in the State of Assam that he is Foreign National under Section 2(a) of the Foreigners Act,1946. As such, now various Foreigners Tribunal verbally said that they have not received any instruction from State Government as well as Court as to accept the BOND of the abovementioned releasable detenues, when enquired upon. So, after more than two and half months of Supreme Court Order as well as after seven days of State Government Notifications, the fate of the releasable detenues in Assam including Silchar still loons in darkened uncertainties.

(The author is a practicing Lawyer in various courts of Assam. He can be contacted at ddebadvocate@gmail.com.)