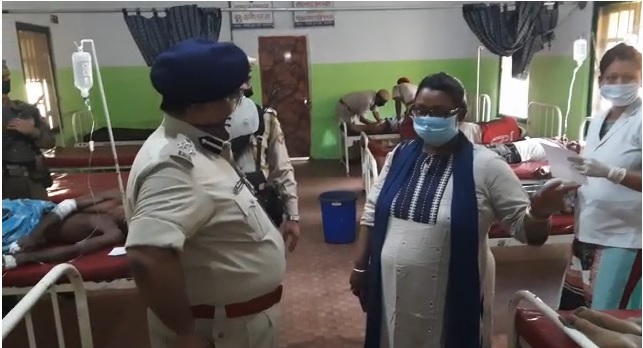 Today afternoon, two drivers Nirmal Das and Ali Hussain got into an argument when one overtook another in Bhairabpur part 2 area which is about 8 kilometres away from Kalain. While such arguments are common and get sorted within minutes, this dragged to a different level. The argument took a communal shape within minutes between two particular communities.

As per available information, both Das and Ali called people and engaged in a brawl which continued for more than an hour.

“The fight broke over a pity issue and then later boiled into a major brawl. We found that 16 people got injured, 11 from one community and 5 from the other. Out of them, eight have been referred to Silchar Medical College and Hospital for better treatment,” informed Superintendent of Police Cachar Manabendra Dev Ray.

Apart from Dev Ray, DC Cachar Barnali Sharma, DIG Dilip Dey, additional SP Jagadish Das, ADC Sumit Sattavan rushed to the spot to bring the situation under control. Local MLA Amar Chand Jain also reached the spot after getting information about the incident. They first went to the local hospital to check on the patients and then they toured Bhairabpur Village and took stock of the situation there.

Ray added, “We will deploy force and hold peace meeting with senior people in the village. At the same time, we would like to make it clear that we will take stern action against those who are involved in this.”

DC Barnali Sharma informed that a peace meeting will be held tomorrow at 11 AM. The administration has made it clear that actions will be taken as per law and they won’t tolerate any sort of provocation.