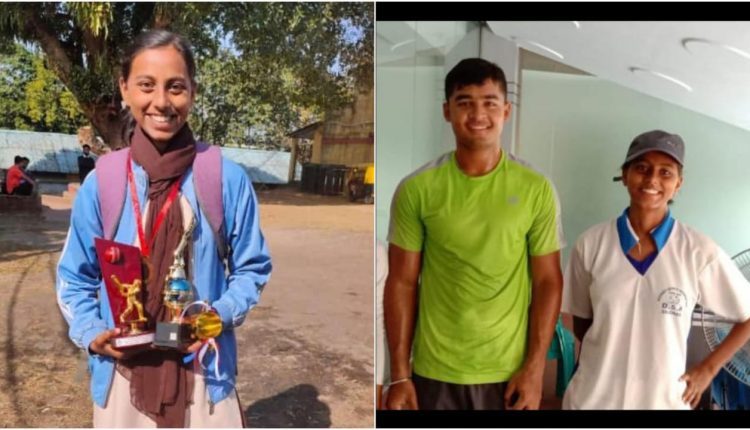 What does one hope to achieve at the mere age of 19? Most people at this age would mostly think about consolidating their career by focusing on academics so that when their academic education gets over, they have a source of income or an employment opportunity at hand. But Gita Kumari from Silchar has already played Cricket at the District level and has represented South Assam in Zonal Cricket. And not just Cricket, Gita has made her mark as a footballer as well for which she was awarded the Best Goalkeeper of the district in 2019.

Naturally, anybody possessing such a diverse calibre and skillset can only look forward from this juncture, with the best years of youth still ahead of her. But ever since the pandemic hit last year, everything got derailed as all sports activities were put on hold for an indefinite period. She did her schooling at Kendriya Vidyalaya, Silchar, after which she got admitted to the reputed Banaras Hindu University (BHU) for her undergraduation programme. But after attending a few classes, she had to come back to her home when the second wave arrived. What’s even worse, during May of this year, Gita was diagnosed with Rheumatoid Arthritis, for which she has to go outside of Northeast India for proper treatment. “While growing up, I always wanted to surround myself with sports and anything related to that. That’s why during school days, I used to participate in almost all forms of sporting events. But Cricket and Football were my top favourites, and I see myself as a professional Cricketer in the coming days”, said Gita with her feeble innocent voice. She lives in Park Road of Silchar, her father being a daily wage labourer whereas her mother is an ASHA worker. Coming from a humble background, her parents never let their financial condition create any impediment to her dream of becoming a Cricketer. But now with most of 2020 and also 2021 spent under the curtain of lockdown, her family as well as she is finding it almost impossible to keep things together. And this ailment of hers which was diagnosed quite recently has now posed an even greater threat to her sporting aspirations. 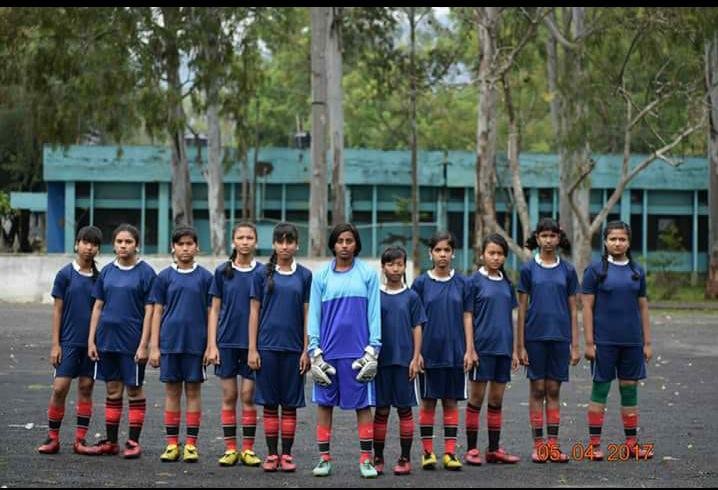 Although Gita loves both Cricket and Football, when it comes to choosing between the two as her professional career, Cricket always comes first. She happens to be a right-arm pace bowler, who has been playing Cricket right since her high school days. Apart from that, she has also participated in Assam Olympics in the Kho-kho category and Due Ball Junior Championship organized in Bihar. But despite achieving so much and showcasing her plethora of talent at such a tender age, the sports fraternity of this valley still seems to be a mute spectator during her time of need. “Last year, when I was preparing to get admitted to the Banaras Hindu University for my UG course, my family was facing an acute financial struggle due to the imposed lockdown, so we wrote to the Silchar DSA to help in some way. But we didn’t get any response and had to manage some other way to get my admission done. Now, for my arthritis treatment, we were advised to go to Patna or Delhi as Silchar doesn’t have the prerequisite infrastructure for arthritis treatment. But we are not in a condition to travel and have my treatment outside of Northeast”, Gita said with a slight undertone of hopelessness.

Maybe Gita will fight back this obstacle as well, just like she has been doing all her life to achieve her goal. Being studious as well in her academics, if it wasn’t for her financial constraints, Gita could’ve been doing much more to support her passion right now instead of biding time. But the question that begets here is that how long should assets like Gita Kumari keep on proving their mettle on various platforms for the authority to take notice of the flawed sports infrastructure of the country? We, as Indians, keep on daydreaming about bagging medals at the Olympics every four years, but is the day-dreaming even justifiable if we as a society can’t even support our prodigies with the basic amenities during their times of need? Perhaps only time will tell what’s the future has on hold for her, but until then, stories like that of Gita will keep on questioning the integrity of our country’s sports infrastructure and administration.