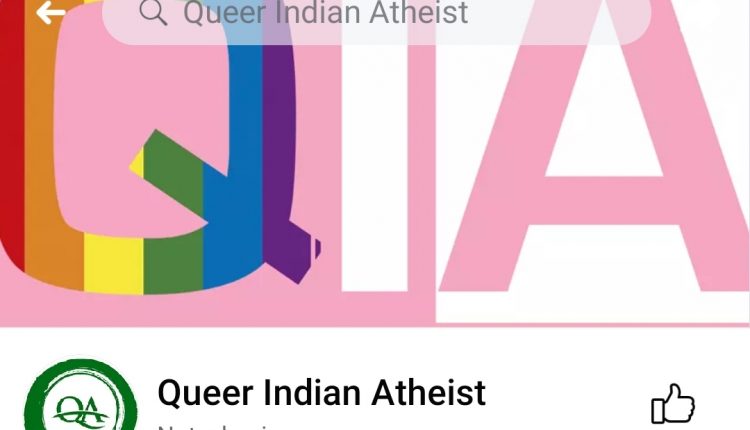 A Facebook page that goes by the name “Queer Indian Atheist” uploaded an artwork that has irked many across the country and especially the Bengalis. The caption with which the artwork was uploaded made it clear that the admins are indeed depicting goddesses and not just some caricatures.

The post read, “Kali X Sita Artwork by the Atheist Republic. This is in support of legalisation of Gay Marriage in India.”

The post added, “Summary of the Story: Sita, banished from Ayodhya, goes to forest and meets Kali who also left Shiva behind. They fall in love and live together forever. Happy ending.”

The artwork consists of nudity (not uploading it to abide by our community standards) and depicts Sita and Kali making out with each other.

A right-wing students’ group, “Hindu Chatra Sangha” has lodged an FIR against the admins of the page at Silchar Sadar Police Station. Subhasish Choudhury from the Students’ organisation lodged the FIR. “Such kind of behaviour could never be justified in a civilised society. You can be an atheist or anything for that matter of fact but that doesn’t give you the freedom to sexualise the religious gods and goddesses of any religion according to your preference,” said Choudhury.

He added, “Such people should not be spared and anyone who tends to support them should also be brought to the notice of the law. The Indian constitution itself provides ‘Right to Speech’ with the condition that no one should violate others’ religious or community feelings. You don’t do activism by hurting the religious sentiments of billions of people. It further shows how low these people have stooped and what a disgrace they have become to society.”

An FIR has already been lodged at a Police Station in  Kolkata as it is presumed that the admins of that page are residents of West Bengal.

The page has uploaded another image 14hours back which consists of artwork of Jesus making out with Prophet Muhammed.