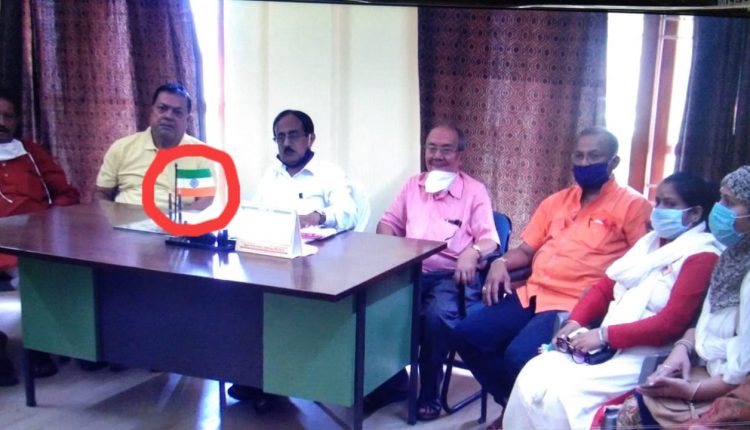 Yesterday, Cachar District Congress had organised a get together to celebrate the 50th birth anniversary of former Congress president, Rahul Gandhi. The meeting was organised at Indira Bhawan in Silchar which is also known as Congress Office.

Moments after the celebration, images went viral on social media. They show that the Indian National Flag kept on the table is upside down. This has spurred a debate on Facebook.

“With due respect, we want to state you that yesterday i.e. on 19th June 2020 former Indian National Congress (INC) President Mr Rahu Gandhi’s birthday was celebrated by Silchar Congress Committee where they dishonoured our Nation Flag by keeping it in the wrong order on the table which we have seen in various social media we have also attached a photocopy of this. It is very shameful that India’s oldest Political Party did a very irresponsible job. We don’t know they did it knowingly or unknowingly but we need a proper investigation of this act. and want punishment for the defaulters,” stated the complaint on the basis of which the FIR was lodged.

Speaking with Barak Bulletin, Miton Biswas said that they do not have any political motive behind filing the FIR. “We have filed the FIR as this is a blatant insult of our national flag. Congress has not even apologised for making such a mistake and that is why we want an investigation. The people at fault must be punished,” Biswas added.