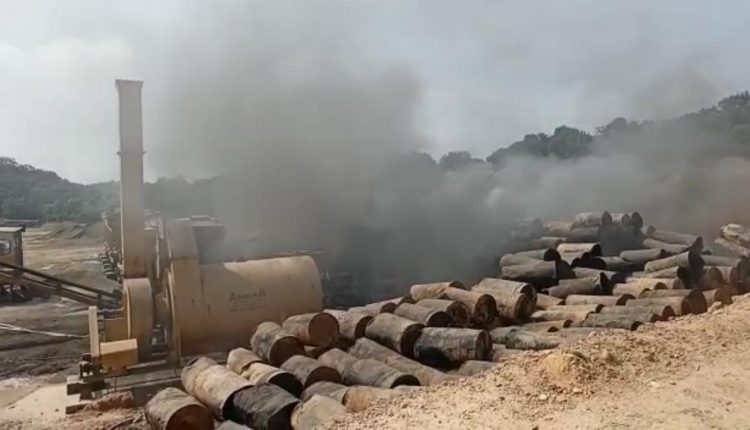 A massive fire broke out today morning in a civil construction company at Dudhpatil, the loss is estimated to be one lakh and no casualties were reported. 4 Fire tenders were rushed to the spot from Udarbond Fire station to get the flames under control.

The fire broke out at around 8.30 am this morning in DD Construction and Stone Crusher Factory located in Kalyani Basti at Kalinagar. Factory workers alleged that the fire broke out from the defective burner of a machine that is set up in their factory. The flames soon went out of control and engulfed large portions and burnt down other stationed construction materials such as Bitumen. According to the manager of the factory, the fire tenders reached the spot within half an hour and it took almost three hours to control the flames.

The owner of the construction factory Debojit Deb informed Barak Bulletin that loss is estimated to be within one lakh, as the conveyer belt of the stone crusher machine has turned to ash.