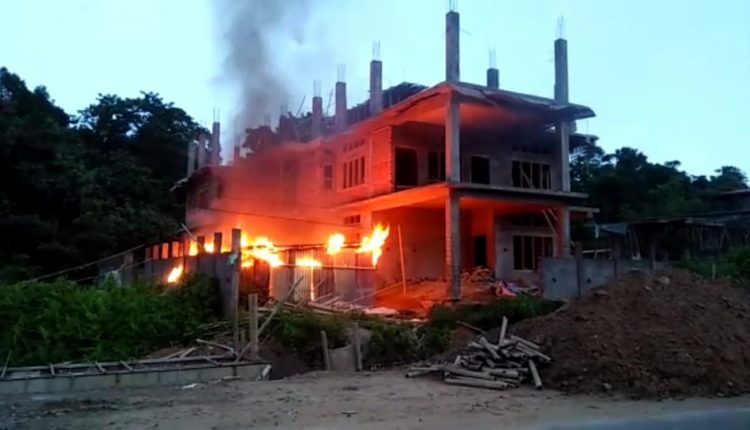 As per available information, the under construction house in Lakhipur area had a room dedicated to the workers. Flames were first spotted in that room and then the fire started spreading.

The locals informed that there were not reports of injury. However, several important materials got burnt to ashes.

The fire and emergency services was informed about the incident and one engine rushed to the spot. “It took them an hour to douse the fire. It has extinguished now,” said an eyewitness. The fire broke at around 3:30 PM.

This is one of the properties that got Kaushik Rai in controversy. How did Rai manage to own land and construct buildings worth crores and where did the money come from are a few questions raised by his own party members. The cause of the fire is yet to be determined.