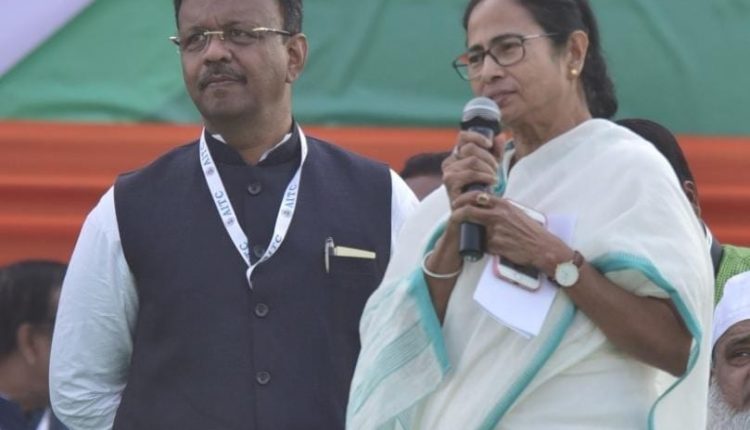 The West Bengal Government’s urban development minister and mayor of Kolkata Municipality, Firhad Hakim is in Barak Valley for a one-day visit. Before addressing his rally in Algapur, Hailakandi, Hakim spoke to Barak Bulletin correspondent and said that the people of Assam is suffering a lot. And with the purpose of fighting for the people, Trinamool Congress is gradually setting up its units in Assam.

“Few days back, our party head and chief minister of West Bengal Mamata Banerjee attended a rally in Dhubri and she was supported by a huge number of followers. She will soon travel to Barak Valley too,” he assures.

Hakim was of the opinion that the BJP government, both in the state and centre is playing divide and rule politics in Assam. “First they harassed the people of Assam in the name of NRC and then they divided the people with Citizenship Amendment Bill where 40 lakh people are living in uncertainty. They have no clue if they will be able to stay in India or will they have to leave the country. We are here to fight for them and for all of the Bengalis who have been harassed by the mischievous Modi government,” Hakim adds.

Shedding light at the Dhola, Tinsukia incident where five Bengalis were shot to death, Hakim criticised the Government. “Five Bengalis were murdered in Assam, and no arrests yet. BJP supports terrorists and denies justice,” asserts Firhad Hakim.

He made it clear time and again that the Trinamool Congress will stand as a roadblock between Citizenship Amendment Bill 2016 and its implementation. According to him, the Modi government’s policies are biased towards particular castes and communities, “We are clear in our stance that we will not support any bill that divides the citizens of India on religious grounds,” he says. Adding, “Why is it that the BJP government is not doing an NRC in the South or in the North? Why is it that they are harassing the Bengalis only. Many people migrated from Pakistan and are peacefully living in the North, then why should rights be chopped off from Bengalis.”

Hakim feels people of Assam and Barak Valley will support Trinamool Congress and the party will strengthen its foothold in this region.