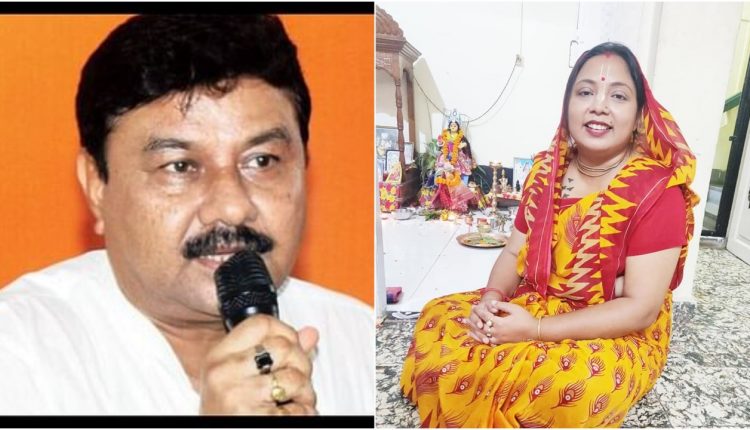 If you follow Rumi Nath on Social Media you probably know about her recent posts. Rumi Nath is the former Borkhola MLA who started her political career with BJP and then switched to Congress. On October 9, 2020, she was expelled from Congress for alleged involvement in anti-party activities.

Rumi Nath is one of the most popular politicians in Cachar and the entire Barak Valley. Analysts and experts had projected her to reach new heights in BJP. But then Rumi Nath’s priorities were different and at times her decisions regarding personal life emerged as massive road-blocks for her political career. In some cases, it might be a dead end.

Coming back to Rumi Nath’s social media behaviour. On October 31, she uploaded her image with the idol of Goddess Lakshmi. Shared images of her visit to Mayapur Iscon. Images of her visit to Dakhineshwar temple, posts with cow where she writes “Jai Gaumata”. And almost every day, she posted about lord Krishna. Incidentally, those posts were few and far before she was expelled from the Congress. One such post, “Hare Krishna, Om Hanumate Namah! ऊँ हनुमते नम: Jai Shree Ram.”

While anybody can practice any religion at any point in time and has all the right to get devotional, Rumi Nath’s social media posts don’t just end with that. She has shared quotes or videos of Amit Shah, Narendra Modi, Himanta Biswa Sarma more than 10 times in one month. One of the videos was of BJP’s State President, Ranjit Dass’ rally. It is clear that she has her eyes set on a ticket from BJP and the public display of admiration for BJP leaders and devotion are an attempt to present herself as “Suitable for BJP”

But this Ghar Wapsi might not be that easy. Ranjit Dass is least impressed with Rumi Nath’s BJPsque behaviour. While interacting with the press in Guwahati, Dass did not hold back his words when he was asked about Rumi Nath.

Dass said, “Forget ticket, till I am the president Rumi Nath won’t get BJP’s membership.” Dass was smiling all the while when he said this. So, is this the dead-end for Rumi Nath’s BJP ambition? Or with Rumi Nath, there’s never a dead-end. Her last social media post is about her visit to the house of a deceased in Borkhola. It is clear, despite whatever Dass feels, she won’t stop trying.