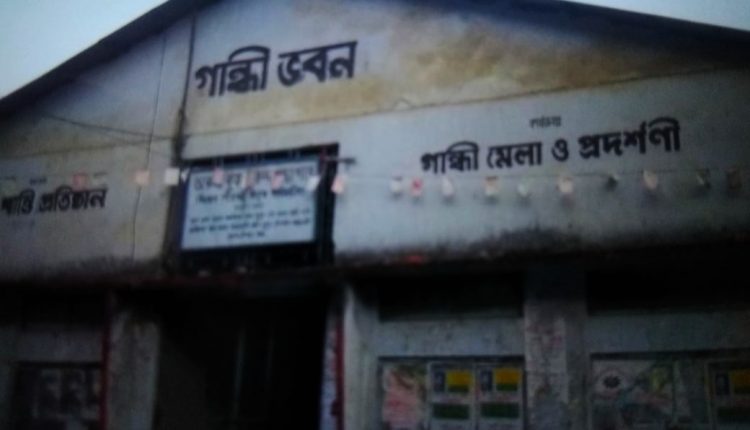 Recently, the Gandhi Bhawan Auditorium in Silchar has hiked their rent fee more than 5X which has not been met well by the civil society of the city. To protest this, former Chairman of the Silchar Municipal Board (SMB), Tamal Kanti Banik has submitted a memorandum appealing to the Silchar Municipal Board (SMB) ‘to reconsider the rent of Gandhi Bhawan to a considerable amount’.

In the memorandum submitted to the Executive Officer of the SMB, he wrote, “With due respect & honour, I would like to raise a demand on behalf of the citizens and all other organisations of Silchar to reconsider the new rent which has been fixed at your end very recently. It is being seen that the rent which was earlier around approximately Rs. 2000/- has been increased by more than 4X which is really an abnormal one. As you know in this pandemic situation, various organisations, NGO’s, Cultural activists have supported the people of this valley with the core of their heart. As this Organisations, only, comes to you for renting the hall to arrange various programmes, so it becomes the duty of Silchar Municipal Board to help them out by charging low rent.”

Further adding, he said, “As also, it is known to you that “Gandhi Bhawan” is the only hall which belongs to the Semi Govt. Authority at this moment and all other Halls that are there belong to private organisations. So, I would like to request you to look into the matter with a serious note on it.” The new rent fee has been hiked from the earlier Rs 2,000 to the new fee of Rs 8,490.

‘Rupam’, a socio-cultural and sports organization has also appealed to the Deputy Commissioner of Cachar, Keerthi Jalli for her kind intervention in this issue. Apart from the appeal to intervene in the issue of rent hike, ‘Rupam’ also wrote, “In this connection we also like to mention you that the ongoing work of the District Library Auditorium has been delayed & we have serious doubts as to whether the construction can be completed within the specified timeline. It is to be noted that we, on behalf of Rupam, have raised the issue several times & given a memorandum to you in this regard previously.”