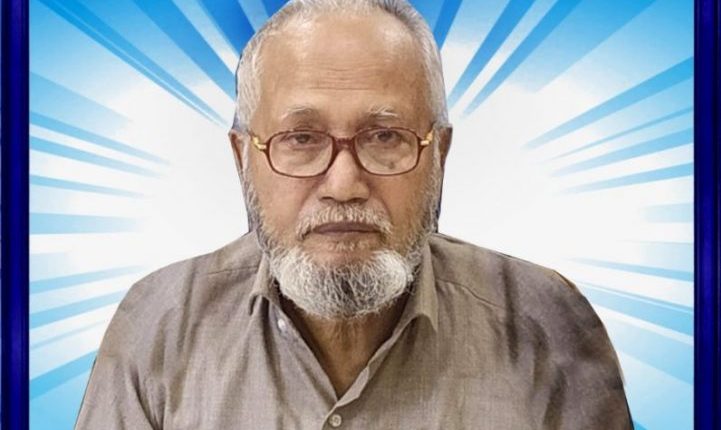 Eminent footballer and sports administrator Aftab Uddin Barbhuiya of Hailakandi district has left this world for heavenly abode on Monday morning. At the time of his death, he was 75 years old and has left behind his wife, three daughters, one son, daughter-in-law, son-in-law, several grandchildren and many other relatives and friends as well.

The late Aftab Uddin was primarily known as a former footballer, referee and football coach. He was a resident of the Bilpar area in Rangauti, adjacent to the Hailakandi town and was quite closely associated with the Hailakandi DSA and had worked there for years. He had been suffering from geriatric complications for quite some time. On the night of February 9, he suffered a stroke, after which he was admitted to a private nursing home in Silchar the following day. Towards the end of February, he had recovered a little. On February 25, his family members brought him back home from the nursing home in Silchar and from then on, he was undergoing treatment at home. But all efforts failed when his condition worsened on Monday morning.

Aftab was a school teacher in his professional life. He was the Chairman of the Referee Board of the Hailakandi DSA till his death. Prior to this, he has also served as the Football Secretary of the Hailakandi DSA from 1995 to 2016. In the ’60s and ’70s, he made a name for himself on the football field with his skills and performance. He made his entry into club football with the Hailakandi Town Club. Later, he played most of the time for the popular Sporting Union Club in Hailakandi. He was also the President of the Sporting Union Club. In 1966/67, he rose to fame by playing in the Assam school football. The for almost three decades, his footballing skills have been praised in various parts of the state, including Barak Valley. Sometimes playing as a stopper, sometimes as a centre half and sometimes as a fullback, has garnered the admiration of the spectators. AFA’s Class II referee Aftab entered into football coaching after retiring from the game.

Aftab Uddin’s death has shaken the entire sporting fraternity of the Barak Valley. Several sports bodies and associations of Barak have expressed their condolences at his eternal departure. In honour of the former footballer, Hailakandi DSA will keep their flags at half-mast for three days.