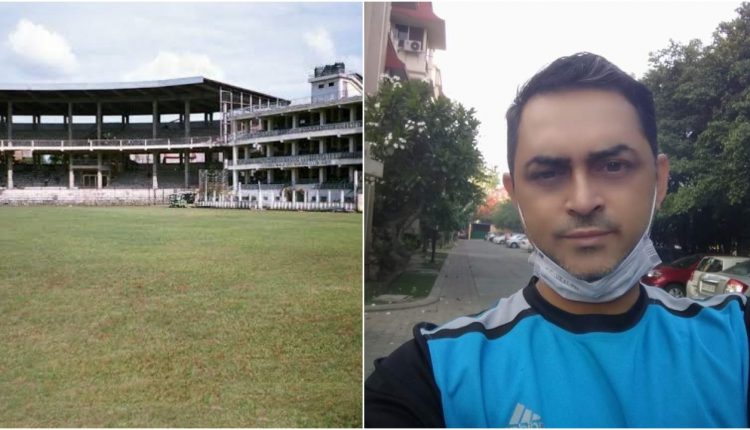 Corona has managed to snatch away yet another sports personality. This time the victim of the Covid-19 virus is former cricketer Joydip (Soham) Ghosh of Silchar Itkhola AC. He was admitted to a hospital with a Corona infection in Noida and had been battling the virus for the last few days. But all his struggle ended on Thursday when the right-handed all-rounder from the 90s left for the land of no return. At the time of his demise, he was only 48 years old. Soham was the eldest son of late Dilip Ghosh, a resident of Rahmanpatty in Itkhola.

Soham played cricket for Itkhola AC in the 90s. From 1994 to 1998-99, Itkhola participated in various tournaments. Then he left the city and went out. Soham was originally a right-handed all-rounder. Apart from bowling medium pace, he used to bat in the middle-order as well. A true match-winner, he was a very stylish cricketer indeed. In the 90s, Itkhola AC was once again making its mark in the local cricket. At that time, teams were formed mainly with local cricketers. At that time, cricketers like Bijendra Prasad Singh, Sanjib Roy, Sanjay Goswami, Shahabuddin Ahmed, Sitangshu Paul, Sohan Ghosh, and the current Secretary of the Silchar District Sports Association, also played for the Itkhola team. Hence, a formidable team was formed back then.

In 1994, Itkhola became A Division Cricket Champion of the Silchar DSA. Soham was one of the most important players of that squad. That victory has a special place in the history of the club because, after a span of twenty years, Itkhola became the champion once again in 1994. And the captain of that team was Sanjb ‘Chintu’ Roy.

Upon hearing the news of Soham’s demise, everyone in the sporting community was shocked. Bijendra Prasad Singh, a former cricketer from Itkhola and current Secretary of the DSA, said, “I came to know three or four days ago that Soham da was admitted in the ICU of a hospital in Noida after contracting Covid. Sohma da was a combative cricketer. So I believed he would come back victorious in this fight against Corona. But that did not happen and I feel very bad about it. We played a lot of cricket together. There are many memorable moments with him. Sohma da would leave at such a young age, I can’t believe it.”

Former Itkhola and District Cricketer Sanjib aka Chintu, said, “I have never seen a more physically fit cricketer like Soham Da. 30 years back, there was no gym like today. But despite that, Soham Da maintained himself very fit.” Then Sanjib added, “Soham Da was a match-winner. He has a century against the Classmates Union. I got seven wickets in that match, hence the match is also memorable for me. In 1994, we became champions after 20 years. Soham Da performed really well as an all-rounder for our team. Not only was he a good cricketer, but he was also a good arm wrestler. I am shocked by his untimely demise. So many memories are attached with Soham Da. But today everything is in the past.”

The untimely demise of former cricketer Soham Ghosh has been mourned by his club Itkhola AC.