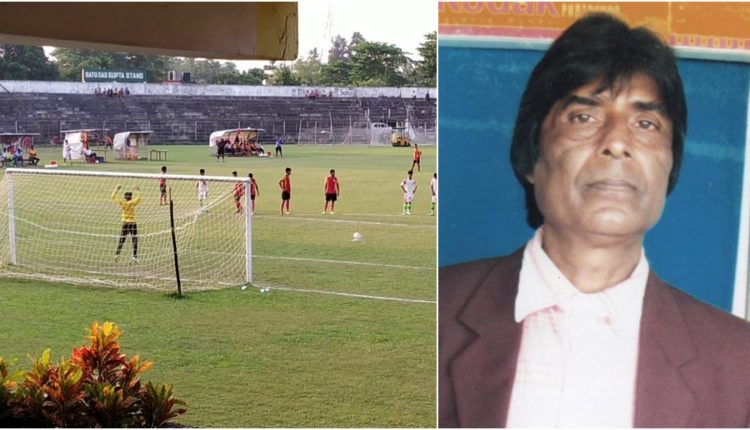 Barak Valley sports icon Chandan Lal Sen has passed away after getting infected with the deadly the coronavirus. The former footballer from Karimganj had been battling with Covid-19 virus for the past 5 days in the ICU of Silchar Medical College & Hospital (SMCH). However, he breathed his last at 9.30 am on Wednesday after failing all the attempts of the doctors. He was 75 years at the time of his death.

As soon as the news of Chandan Lal Sen’s demise came out from the SMC Hospital, the whole district went into a wave of mourning, especially Badarpur. Because Chandan Lal Sen was known not only as a footballer in Badarpur but also as a prominent social worker. His funeral was held at the Jumbasti crematorium at around 2 pm maintaining all the Covid protocols.

Chandan Lal’s school life started at Railway School. From then on, he had an increasing interest in the field of athletics. After that, while studying at Karimganj College, he made himself the best footballer in the college. In club football, he first joined the YMC Club of Karimganj. Then he represented the district team at the RK Jain Trophy. Chandan Sen had a great performance in that tournament. The famous football club of Guwahati Sporting Union was impressed by his performance, after which he joined the club in 1983.

After playing in Sporting Union’s jersey for four years in a row, he got a job in the AG’s office in Shillong. Thus, he got to play in the AG football team of Shillong. Chandan Sen also played for the Town Club of Silchar. To mourn his demise, the town club of Silchar has hoisted a half-mast flag to pay their respects.