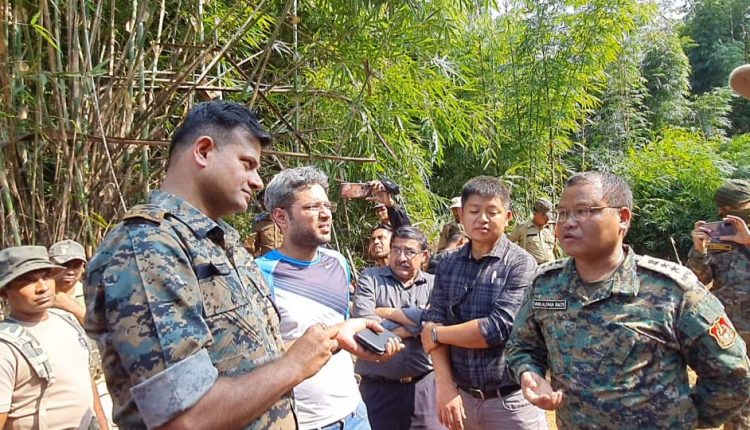 Hailakandi administration got reports stating that the Mizos are constructing roads within the territory of Assam. Immediately, Deputy Commissioner Rohan Kumar Jha, Superintendent of Police, Gaurav Upadhyay among others rushed to the spot. There they met their counterparts from Kolasib district of Mizoram.

SP Kolasib, Valnalfaka Ralte was present in the delegation that met the officers from Cachar. He admitted that there was a construction going on, however, disputed the claims that it was within Assam. “The farmers have been cultivating there for ages and Assam never claimed that plot to be within its jurisdiction,” said Ralte. He added that the Farmers’ Association was building constructing the road to help them cultivate better.

However, he called it a cordial meeting between the officials of the two states. “We think it is our land, they think it is within Assam, whatever it is, we have decided that the construction work shall remain suspended at least for the time being till the dispute is settled. Accordingly, the construction has been stopped and the locals have been advised to not undertake any construction work,” asserted Valnalfaka Ralte.

It is worth mentioning here that on August 5 at the aftermath of the bloodbath is Cachar’s Lailapur, top ministers of the two cabinets met at Aizawl and it was decided that neither states should initiate any construction work or patrolling activities in the bordering regions. While it was a joint statement issued by both the states in coordination with the Ministry of Home Affairs, drone footage revealed several new construction in the bordering areas in Cachar and Hailakandi.

In fact, Commissioner and Secretary, Department of Forest and Environment, Assam – GD Tripathi, speaking with Barak Bulletin, had said, “Government of Assam has written to Chief Secretary Mizoram for stopping the construction of road with a view to avoid unwarranted escalation of tension on the Assam-Mizoram border.”

If this meeting between Hailakandi and Kolasib, brings an end to the series of unauthorised construction in the bordering areas is something that remains to be seen with a few drones hovering above.